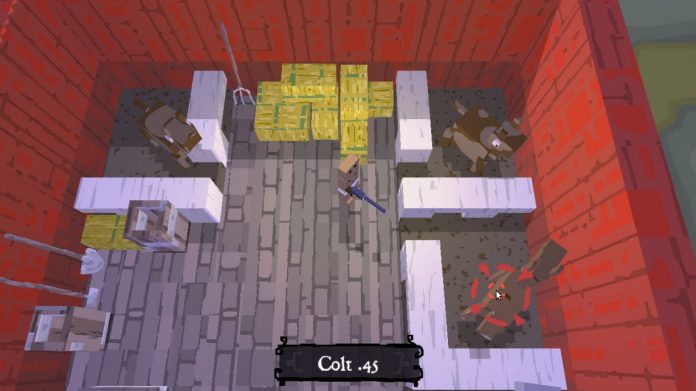 The Real Texas is a very impressive indie adventure game with RPG elements and a ton of great ideas that has just been released over at its official website and is available for purchase for half its price until Sunday. And from the looks of it, The Real Texas does seem like a must buy game for people everywhere!

The game tells the story of Sam who finds a strange portal while on his trip to England and lands in Strange, Texas. The world is obviously… strange and apparently huge, with a ton of options for our character, including many weapons, explosives, enemies, a ton of NPCs to interact with and one of the most important things: optional wearing of underwear. Now that’s an option many games don’t offer.

But jokes aside, The Real Texas does seem like an amazing game (and it can’t be otherwise since it draws inspiration from Zelda: Link to the Past and Ultima VI). You’ll walk around in this crazy, strange world, encounter a ton of people, sit down at tables to eat your meal, use type-to-talk mechanics with the NPCs and explore a universe that certainly seems to have the potential to become the next Minecraft. Minus the player creations, but nobody is perfect!

Check out the trailer of The Real Texas below before heading to the official website of the game to purchase it (it’s obvious you will after you’ll see the video):

So… what do you think about The Real Texas?