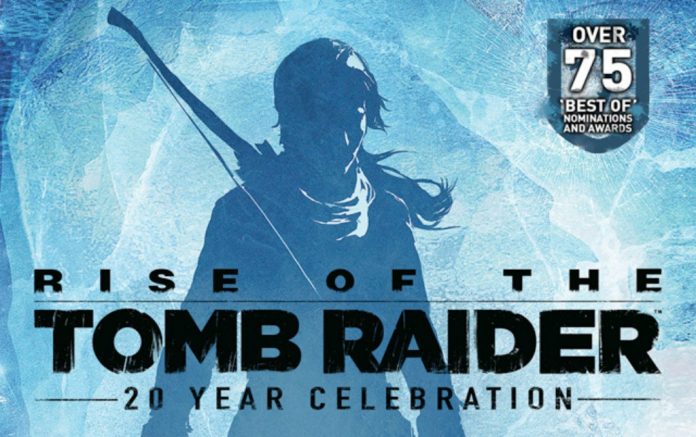 The wait for Square Enix’s Rise Of The Tomb Raider to come to PlayStation has been a painstakingly hard one to say the very least. However, after much anticipation and a whole lot of not so patiently waiting, Square Enix and developer Crystal Dynamics have finally announced a release date for PlayStationers. Rise Of The Tomb Raider 20 Year Celebration Edition will finally be available on PlayStation on October 11th of this year (2016). So yeah, not only do we finally get to embark in Lara’s follow up adventure with her, but we get a rad edition to do so with. It makes the all the waiting somewhat worthwhile if you ask me.

Rise Of The Tomb Raider 20 Year Celebration Edition will feature a totally brand new chapter to Lara’s story titled Blood Ties which is also complete with VR support. It also has all DLC that has been released prior including outfits, weapons, expedition cards, etc. Furthermore, this fantastic edition of this long-awaited sequel for PS4 will include a new co-op Endurance gameplay. But for those concerned with the more physical side to special editions, Rise Of The Tomb Raider 20 Year Celebration Edition will also come with a limited edition art book, capturing some of the stunning settings you’ll come to see on Lara’s Journey. All of this means that the season pass will not then be available for PS4 users as all of the content is included in this particular version anyhow.

“Crystal Dynamics is celebrating with all Tomb Raider fans, thanking them for being on Lara’s 20 year journey with us,”

“The team has packed in surprises, new story, and the top-requested special features into this 20 Year Celebration edition.” Scot Amos, co-head of the studio.

Blood ties has a new story mode which encourages players to explore the depths of the infamous Croft Manor and then proceed to dispense of hordes of zombies in Lara’s Nightmare. Furthermore, Lara has to prove she is the rightful heir of her home as her uncle contests rights, leaving all her fathers work and secrets in jeopardy. Also, VR support will allow the exploration of Croft Manor to become first-person. In the Endurance cooperative mode, two players must work together in order to survive fighting tough weather conditions by day and try not to be slaughtered by enemy threats during the night. Players will also be able to play this highly anticipated PS4 release on Extreme Survivor difficulty.

“This new difficulty level takes the toughness of Survivor and ratchets it up several notches starting with all checkpoints being stripped out of the game. The only way to save the game is forage enough resources to light campfires.”

In celebration of Lara, players will be able to use a classic card pack in game to play as Lara Croft’s original 1996 model. There is also a revamped rendition of her cold-weather outfit from the 3rd Tomb Raider game. 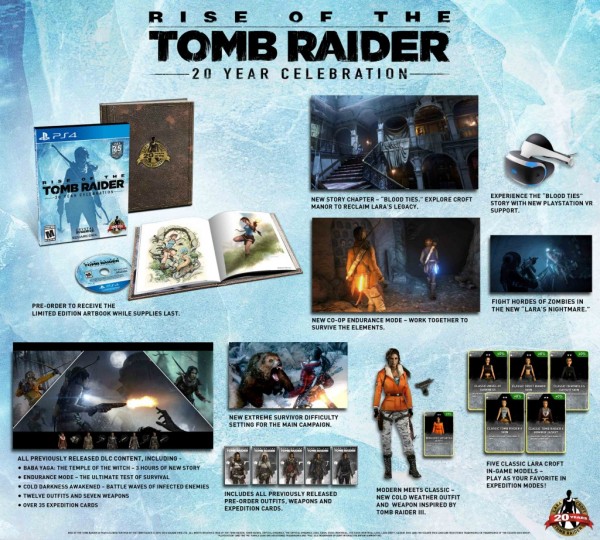