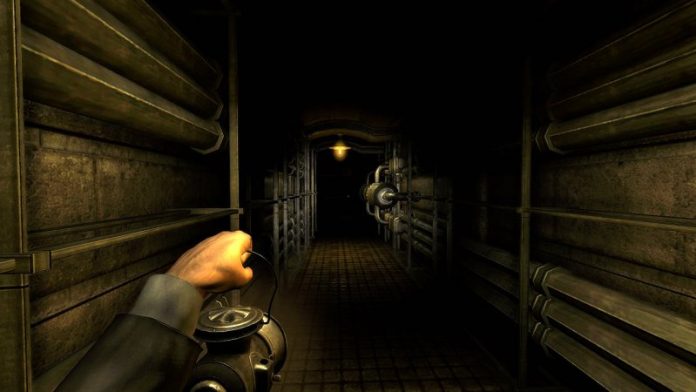 Whoever out there claims to have not heard of Amnesia: The Dark Descent is either a liar or a luddite. The Dark Descent, which has been praised as one of the scariest horror games of all time, gained a massive cult following for both its actual gameplay and story and for the funny YouTube videos featuring yelping gamers getting spooked by the brilliantly-designed horror. Within a few months of its release, it had made a name for itself and earned a spot among the pantheon of horror games. When a successor game, Machine for Pigs, was announced, the hype train left the station at full speed. The unfortunate truth, however, is that Machine for Pigs feels like an Amnesia game that has been skinned and hung up to dry, leaving the real substance of the game on the cutting-room floor.

There are three areas in particular where Machine failed to live up to the admittedly high standards set by Dark Descent. The first of these is the ability (or lack thereof) to interact with the environment).

In Dark Descent, just about everything that wasn’t a part of the foundation of the castle was interactable. Players could run through the game idly picking up wine bottles and crates and flinging them around, with no real consequence except to maybe try and distract a monster. You don’t realize how important this is to the game, however, until it gets taken away, as in Machine. In Machine, just about every single item is, in fact, nailed down in game design terms; only environment items that are crucial to the progression in the game are interactable, with a few token exceptions.

Now, this doesn’t sound like such a bad thing to begin with, does it? I mean, sure, maybe you can’t fling the wine bottles around anymore, but there’s still a game to play, right? However, taking out that small bit of involvement with the game actually makes the player feel less fear as they play through. Instead of feeling like a world with real things sitting on tables, the game feels like an elementary-school haunted house, where you aren’t allowed to touch the decorations. It takes away from the player’s involvement with the game world, and, in the same breath, takes away from the player’s ability to get really spooked.

The second disappointment is the light and sanity mechanics in Machine. 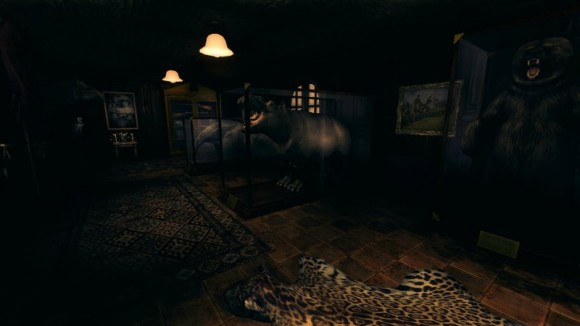 In Dark Descent, a large mechanic in the game was light, and the consequences for going too long without light were harsh and scary. The problem could be remedied by finding tinderboxes and lamp oil, of course. So a large part of the game is spent hunting in every corner for these little lighters, and managing your use of them and monitoring your inventory is a crucial part of gameplay. Machine, however, did away with the inventory entirely, and made your only source of light an infinite lantern. In some ways, this could have been a good change. There has to be a balance in horror games when it comes to light sources burning out, and one solution to that is just to provide other disincentives besides inventory management to keep your lantern off.

Machine made a stab at these other disincentives; as in the first game, your lantern lets the horrible creatures find you much more easily. If you’re standing in the middle of a dark hallway with your lantern on, you will get seen by the brutish man-pigs. Dark Descent’s system, however, had a crucial balance, and its counterpart is lacking in Machine. Machine did away with not only the inventory screen but also the sanity meter entirely. In Dark Descent, the penalty for being in darkness was that your sanity meter slowly drained. Your eyes adjusted to the dark, so you could still see enough to make some progress, but there was a steep penalty to camera and movement, and letting your sanity go completely made the game unplayable, eventually killing you. Essentially, you were either draining lamp oil or draining sanity. It was a game of management, and there was a constant pressure to remember and monitor these different levels in your inventory. Certainly, removing that from the game makes for a much more easygoing experience.

But who goes to a horror game looking for “easygoing?” These game mechanics in Dark Descent actually heightened tension through game design. And that’s pretty cool. There are very rich, successful companies that still haven’t mastered that trick – and this indie horror game got it in one. The system wasn’t broke, but they still tried to fix it. And that’s why Machine’s system feels so bare compared to Dark Descent’s.

The third problem with Machine is the lack of exploration.

Both Dark Descent and Machine are linear games, essentially. There is a set story that you have to play through to reach the end of the game. But Dark Descent actually gave the player incentive to explore the environments, while Machine did more or less the opposite. As mentioned above, there are tinderboxes and lamp oil hidden all over Dark Descent – behind shelves, in dresser drawers, under a desk – you can’t swing a Cthuloid horror without hitting some well-hidden treasure. In addition to these light mechanic treasures, there were also point-and-click-style items hidden around the map. Some simple adventure game puzzling skills were needed to get by certain parts of the game, whether it was collecting the chemicals to make an acid bomb or combining the hammer and chisel in the inventory to make a useful lock-breaking tool.

Machine has no inventory. None at all. So the player knows that there are no hidden items lying around the place that they absolutely have to collect – and if there are, they’ll be within a short walk of the puzzle itself, so that the player can carry the item manually to its intended receptacle. The intent here is obvious: take out the inventory, put the player entirely in the game, and give them physics objects that have to be carried to wherever they are needed. The result, however, is that there’s not really any reason to explore in Machine. There’s none of the poking around in ruined halls, searching for lamp oil, nor is there any of the puzzle-solving needed to finish Dark Descent.

In a horror game like this, all of the mechanics should be oriented around sucking the player into the world of the game and making them feel as involved as possible in the world around them. In Machine, the player has no reason to go looking around the environments for hidden treasures, because the player knows that those hidden treasures just don’t exist. Any physics items necessary to complete the game will glow blue so they stand out like a sore thumb, ensuring that only the dullest player misses a crucial item.

Earlier, I compared Machine to a haunted house. And that really is what it feels like: a haunted house where you can look but not touch. Dark Descent felt like a real castle and a real place, a place that you were inhabiting. This raised the stakes for the player immensely, and that involvement in the game world feels sorely missed in Machine.