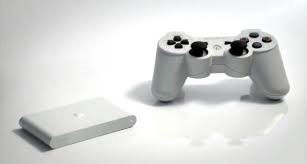 Sony has revealed a brand new piece of hardware for the PS Vita as part of its pre-TGS press conference. This is called PS Vita TV and it allows you to play your PS Vita games on your TV as well as some other bits.

The basic idea of this device is, as said before, allowing gamers to play their Vita games on the big screen of their TV whilst using a DualShock 3 controller. That is, however, the tip of the iceberg. The device has a slot for Vita games and their memory cards, but it will also allow you to use video streaming services (Hulu for example). Not only that, but with an upcoming system update you will be able to play your PlayStation 4 through Remote Play with your DualShock 4.

Perhaps the icing on the cake is that it will also allow you to play PS One Classics and PSP games through it, again using DualShock 3 before that update comes and you can play them on the PS4 as well.

PS Vita TV has been given a Japan release date of November 14th and a price of 9,480 Yen ($95). There is also a special version which includes an 8 gig memory card for the Vita and a DualShock 3 controller at a price of 14,980 Yen ($150). It seems as though whilst a release in the west should come eventually, a release date and price are currently unknown.