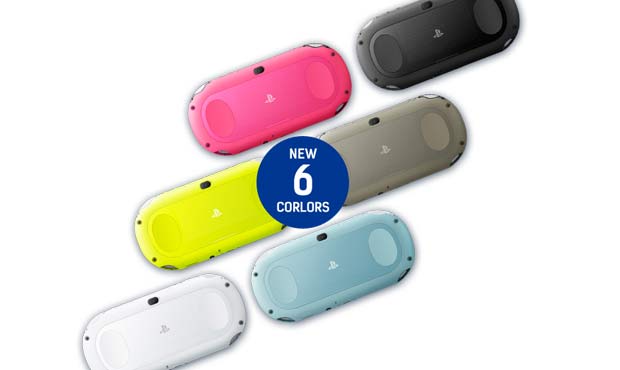 During their pre-TGS press conference Sony unveiled a new PS Vita model. These new models are physical and internal redesigns of the original PS Vita. It is “a more casual and easier to use model”. It comes in different colors, is 20 percent thinner than the original Vita, 15 percent lighter, and will sport a 5 inch LCD screen in lieu of an OLED screen. Battery life has been increased by an hour and it also contains built-in storage; albeit its only 1gb worth of memory. This new model will cost $190.

Both the new PS Vita and the memory card will be available on October 10 in Japan. There are no details or future plans to bring them to the West.

This unveiling can be compared to Nintendo’s 2DS announcement several weeks before. The 2DS, much like the new Vita, is a cheaper alternative to the original version. They’re both after a much more casual and younger audience as well. The 2DS will only cost $130 compared to the new PS Vita’s asking price of $190. But it should be noted the hardware present in the Vita is much more advanced than the 2DS by a significant margin.