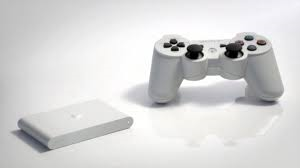 Sony has announced it is unsure whether the recently announced PS Vita TV will be released in the west following a round table discussion with Sony’s Andrew House.

The new take on the handheld console allows gamers to play their PS Vita games on their TV screens, beginning with the ability to play it by connecting their DualShock 3 controller, and following an update, via remote play with PlayStation 4 through the DualShock 4 controller. It would also allow people to play PSP games and some PS One Classic titles.

Sony Computer Entertainment believe the PS Vita TV will be a bigger hitter with the casual gamer, with expectations being the PlayStation 4 will attract more attention from hardcore gamers.

The focus of this release will be on the eastern market. Sony’s Andrew House said: “The company is planning to sell the PS Vita TV in China, South Korea, etc, but not in the US and European market at this point.”

The reason behind this focus is that there is no leading company in Japan’s video streaming market, with Sony hoping to capitalise on this hole in the market through the streaming system in the Vita TV.

The console will be seeing a release in Japan on November 14th. We shall have to wait and see whether those of us in the west will be able to get our hands on it sometime down the road.

How do you feel about the west not seeing this new iteration of Sony’s current handheld? Would you have gotten one if it was available?