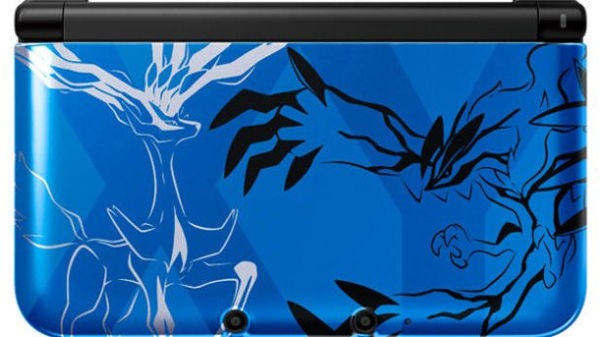 The Official Nintendo Magazine has got its hands on the upcoming 3DS XL skins that will launch with Pokemon X and Y.

These skins are special editions of the handheld consoles, which makes them rather pricey for anyone who already has their own 3DS. In order to alleviate this cost though, both consoles come with a copy of either Pokemon X or Y.

The first skin is blue, featuring an image of both Xerneas and Yveltal, two of the legendary Pokemon that will debut in X and Y.

The second skin is a “Premium Gold” featuring a silhouette of the antlered Xerneas. The gold skin also features silhouettes of all three starter Pokemon; Fennekin, Froakie and Chespin.

This seems to be part of a ramp up on Nintendo’s part of limited editions skins that tie into game releases. Earlier this year, titles such as Monster Hunter and Fire Emblem also received their own limited edition 3DS skins.