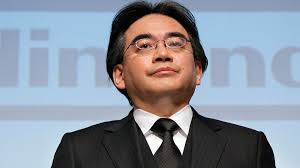 Nintendo’s President Satoru Iwata lost his battle with cancer on Saturday, 11th July. He was only 55.

Nintendo broke the news yesterday with a short statement. Apparently he had suffered from a bile duct growth. The flags outside the Kyoto and North American Nintendo offices were flying at half-mast to commemorate him.

Satoru Iwata began as a programmer for HAL Laboratories, and was involved in creating the gaming greats Balloon Fight, EarthBound and Kirby.

In 2002, Iwata was made the fourth President of Nintendo, taking over from Hiroshi Yamauchi, with whom he had formed a strong friendship with. During his time in charge he oversaw the launch of Nintendo’s two biggest consoles, the Wii and the DS, consoles which had a massive influence on gaming and people’s perceptions of consoles, notably with the aspect of bringing families together.

One of his last acts as President was Nintendo purchasing a stake in DeNA, to incorporate mobile gaming into Nintendo.

Thank you, Mr Iwata. You have helped give wonderful memories to so many gamers, and your legacy will never be forgotten.

Tributes pour in for Satoru Iwata

The gaming world has banded together to pay tribute to his impact on the medium, with colleagues, competitors and gamers all feeling the shock.

“Nintendo of Europe is today mourning the passing of Mr Satoru Iwata, Nintendo’s Global President. It is difficult to put into words the sadness we feel at this time. Mr. Iwata was a strong leader, a unique figure in the gaming industry and an important part of Nintendo’s history.

“He was a visionary in every sense of the word and we will miss him dearly. Just as Mr. Iwata challenged us to always push forward, we will ensure his legacy lives on through our ongoing work to always surprise and delight our fans. At this time our thoughts are with his family.”

The Director of Earthbound Shigesato Itoi posted a stunning tribute to his friend on his blog, Today’s Darling (Translated by Yomuka!).

When I’m parting with a friend, regardless of the circumstances, I find it best to just say, “See you later.” We’ll meet again. After all, we’re friends.

That’s right—nothing unusual about it. I’ll see you later.

You went on a trip far, far away, even though it was planned for many years from now. You wore your best outfit and said “Sorry for the short notice,” though you didn’t say it out loud.

You always put yourself last, after you’d finished helping everyone else. You were so generous as a friend that this trip might be your very first selfish act.

I still can’t grasp what’s happened. It feels like I could still get a light-hearted e-mail asking me out to lunch at any moment—after you’ve made sure lunch wouldn’t disrupt my schedule, of course.

You can invite me out whenever you want. I’ll invite you, too.

So for now, let’s plan on meeting again. You can call me up whenever you like, and I’ll give you a call, too. I still have a lot to talk to you about, and if I come up with any particularly good ideas, I’ll let you know.
So let’s meet again. 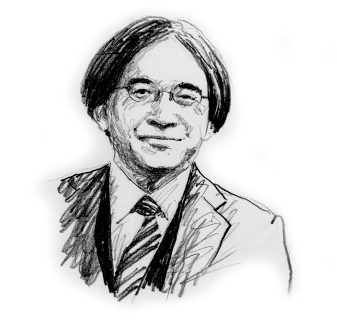 Fans went to Twitter express their sadness, with a number of wonderful tributes being posted in honour of his work for Nintendo.

Understandably Nintendo did not post in their social media avenues in tribute to Iwata.