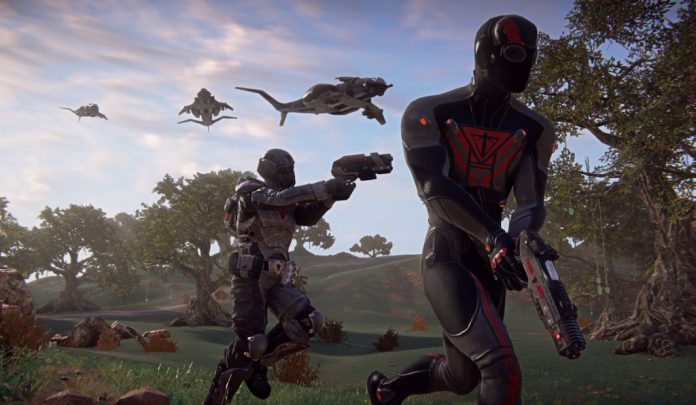 When Planetside 2 first released, the first thing that surprised me was how relatively bug-free it was. This was a title that came straight from Sony Online Entertainment, a developer known for making mediocre titles of the MMORPG persuasion that die out in less than a year. Planetside 2 gave people hope that perhaps SOE has turned a corner in terms of quality.

Fast forward nearly two years since Planetside 2 initially released and it remains a successful FPS, though one thing promised soon after the release of the Playstation 4 was a console version of the aforementioned shooter. It has been almost a year since the consoles landed in stores shockingly enough, and there is still no sign of Planetside 2 making a formal release on Sony’s console which is a testament to how fast a year goes by and the mounting anticipation for a popular shooter on the PS4.

A smooth release of Planetside 2’s caliber would surely test the muscle of the Playstation 4. When Planetside 2 initially released in 2012, the game showed off incredible graphical quality and, for lack of a better word, awe inspiring size and scope of the battlefields. Graphics isn’t a thing for any new console to worry about at this time, the concern comes in when considering the PS4’s capabilities in handling such an immense title. The current gen consoles can be powerful but still pale in comparison to a great gaming PC when measured in raw muscle, which can still buckle under the mass of Planetside 2.

If done properly Sony would have a well executed and free FPS at their disposal to keep players interested, potentially an ever-popular game sustained by microtransactions. This may not be something most people would clamor for as a savior of a console, and it certainly is not. What it will prove instead is the sustainability of the Playstation 4 online playerbase, which is historically dwarfed by Microsoft’s clean and simple online infrastructure.

Every console could use a free to play game that is always popular, it helps maintain popularity with the console, having a continually expanded game on top of that is only icing on the cake. Planetside 2 can fill a much needed niche in the Playstation 4 library.

And no, it’s not Blacklight Retribution.