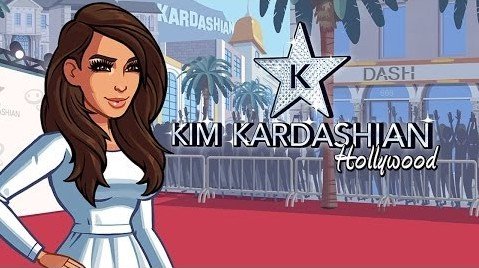 Kim Kardashian’s new iOS game Hollywood could possibly make $200 million which seems to have angered some people. Well, most people if news articles, Twitter and forum posts are any indication. Some people hate this Kim Kardashian woman with the passion of a thousand burning suns and many of them are also active on the internet. Sure, a mobile game with the face of a somehow popular woman attached to it could make a great deal of money, but the question remains why should anyone care?

The answer of course is people should care because what else is there to do?

Is there really any reason to care if a popular woman’s game is indeed popular by association? Does it really need articles and wordy posts directing vitriol towards the people that feel the game isn’t horrible? For the longest time people need something to channel their hatred into, and the internet allows a fantastic way of accomplishing that. In this case, any polarizing celebrity can cause ruffled feathers especially when connected to a widely loved medium.

I guess people need something to rally behind, to grab their torches and pitchforks and yell angrily at something for a few hours before EA or Activision does something else that could be considered as awful. This Kim Kardashian game, just like any other video game tie in featuring some pop culture figure is an easy target. It’s so easy to look at a game like this and laugh for hours on end, and then get upset when individuals connected more with the popular culture of today embrace said game and cause it to be successful on some level. It’s a process that’s repeated over and over again throughout the years, and likely will never stop. Stuff like this gets tiring, though.

Yes, things exist that you may not like, and yes, people will like said thing that you don’t like. As someone who mostly ignorant of the pop culture tropes occurring today, people need to understand this and get a grip of themselves.

Perhaps it isn’t the people who are the angry ones. Maybe those that are spreading these angry messages have always been the individuals that write about them, possibly for easy web traffic. Finding the polarizing figure that’s fun to hate and bringing what some would call news to the forefront in order to stir a nonexistent fire. It’s easy for people to get passionate towards the title of some headline and parrot it as part of the counter-culture we all strove to contribute towards in Junior High or High School. Maybe even gain readers through these easy targets and continue parroting awful facts involving contemporary celebrities, and perpetuate the thought that everyone should care that some woman’s dumb mobile game made buckets of money. An industry that has proven that anyone will buy anything, just look at Flappy Bird. All that’s happened here is a game was made with someone’s name attached to it and people are very upset about it, and desperate writers are igniting fires in order to pocket more money off of the anger of others.

Or maybe I’m just cynical, it’s probably the latter at this point.