The premium game will be released on the 2nd July on the App Store for iOS devices including iPhone, iPad, iPad Mini and iPod Touch. A version for Android is currently in the works, but with no release date so far.

“The game will combine the core tactical elements of the series with intuitive controls and a friendly user interface – designed specifically for mobile gamers on touch-pad devices.”

The game will feature the 16 historical leaders present in Civilization Revolution, including Abraham Lincoln, Ghandi and Napoleon whilst introducing Winston Churchill and John F. Kennedy to the series for the first time.

The 2008 original, designed by Firaxis Games, was an attempt to expand the PC series to other systems. Civilization Revolution was then released on Xbox 360, PS3 and DS before making its way across to iOS and Windows Phone in 2009 and 2012, respectively. 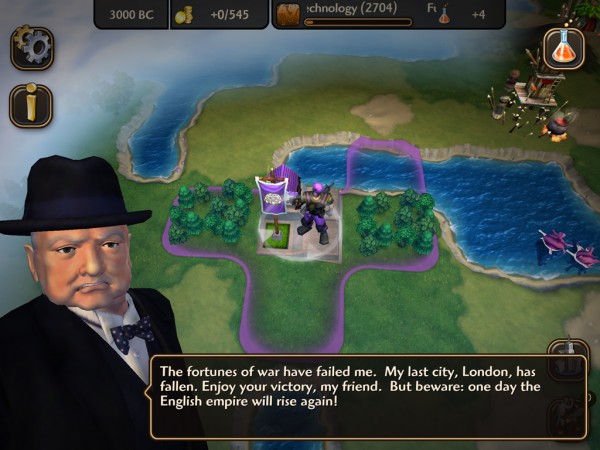 Elsewhere, you have Civilization: Beyond Earth, the spiritual sequel to Alpha Centauri, scheduled for an autumn release on PC.

What are your thoughts on the mobile-only direction for the Revolution part of the Civilization franchise? What are your hopes for Revolution 2 and what do you hope they change from the original?