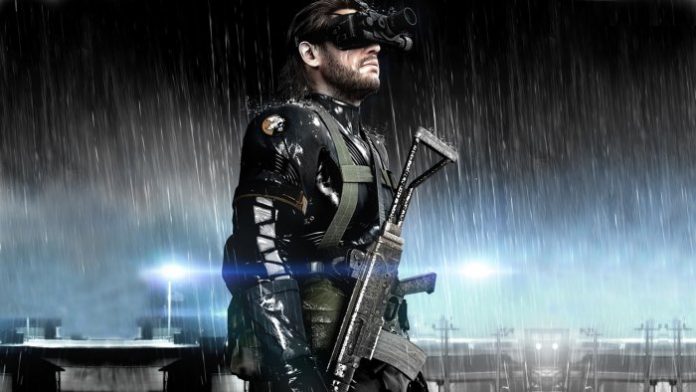 With the news that Metal Gear Solid: Ground Zeroes can be completed in two hours long dropping as well as a bass into Skrillex’s frying pan, it’s time gamers have a talk about length. As this topic is rife with potential sex jokes, let’s just get to the meat of this issue.

The length of the game in question shouldn’t matter, it’s about how good that game is and how much fun can be derived from it. But ultimately the number after the dollar sign, or pound, or yen or whatever currency symbol factors in.

Game Informer recently did a full piece on Metal Gear Solid: Ground Zeroes, the stand-alone prologue to Metal Gear Solid V: The Phantom Pain. They had access to the full game, and reported that two different people were able to complete it in about two hours.

Kojima Productions has come back saying this isn’t true, going so far as to say it’s a “false article. Don’t believe them.” Kojima himself has pointed to the various side missions, and time trials, and that the game is open-world and thus lends itself to replay-ability.

The obvious question is why would a video game developer so candidly say a magazine and its journalists were lying? The fact that Kojima himself would take the time to squash any preconceived fear is an act that itself acknowledges and nurtures those fears.

But the root cause of this fear isn’t how long it takes to play through Ground Zeroes. The heart of the matter is the attached price tag. The digital version of Ground Zeroes is being sold on current gen consoles at $30, and as a $40 retail version. It’s also being sold on previous gen consoles, but only at $10 cheaper respectively. It’s simply too much money for a game that can be completed in such a short amount of time. The $20 digital version is pushing it, and the $40 retail version is borderline robbery.

But this is not an issue unique to Ground Zeroes. With the rise of indie games in the last few years, the question of how long a game should be and its corresponding price is becoming more of an issue. It’s become embedded in our minds that smaller studios make small games, and larger studios make large games, but what happens when a large studio makes a small game? How do you reasonably monetize the amount of time in a video game with the wildcards of fun and quality lurking in the background?

Double Fine is one of the companies that have handled time management appropriately, and their experience is eerily similar to that of Konami with Metal Gear Solid V.

When Double Fine announced Broken Age, their wildly popular Kickstarter game, would be split in two the internet lit up with rage, fear, and doubt. After its release a few weeks ago, we’re seeing much the same reaction as with Ground Zeroes, although to a lesser extent. At $25, you can purchase Act I, fund the completion of Act II, and get Act II for free.

The problem with this otherwise clever model is, once again, the length of Act I. Many are able to get through it in three or four hours without breaking a sweat, and being a retro inspired adventure game with single solution puzzles, there isn’t much in the way of replay value.

But what Double Fine has done right is not charging you twice. Act II is not a sequel, it’s the second half of the same game. There exist several companies that would gleefully jump at the chance to force consumers to shell out twenty hard earned dollars per act, not naming names, EA. So while Act I might be on the short side, they have Act II to look forward to for free, which will at the very least be just as long as Act I.

Kojima, on the other hand, said Metal Gear Solid V will carry its own price tag, likely at the industry standard $60. This puts the consumer in the position of having to shell out anywhere from $80 to $100 for what Kojima himself has said is one video game.

Then there are companies like Telltale Games that exclusively use the episodic gaming formula. Each episode is only about two or three hours long, but at the price of just $5. So for the full price of Ground Zeroes on current gen systems, you can get every episode of The Walking Dead Season 1, and still have another five dollars to buy the first episode of Season 2.

A game should be as long as it needs to be. Sure Portal 2 was a good game, but it wasn’t as good as the original because it didn’t need to be so big and bloated to justify a retail release. Plus Portal was bundled with Half Life 2 and Team Fortress 2, which didn’t hurt.

Charging $20-40 for a video game two hours long is just absurd. You can justify it by saying its open-world, or that it’s got time trials and side missions all you like, but the fact remains that two hours is entirely too short for what they’re charging. It’s good to see the AAA industry trying new models like splitting a game in two. But just like the free-to-play model it seems they’re more than willing to bastardize it, ringing out every penny they can before they move onto the next promising new idea.

Some say you can’t put a price tag on fun, but tell that to gamers in Australia who have to pay $100, sometimes more for their video games. Somehow, I think they’d disagree.