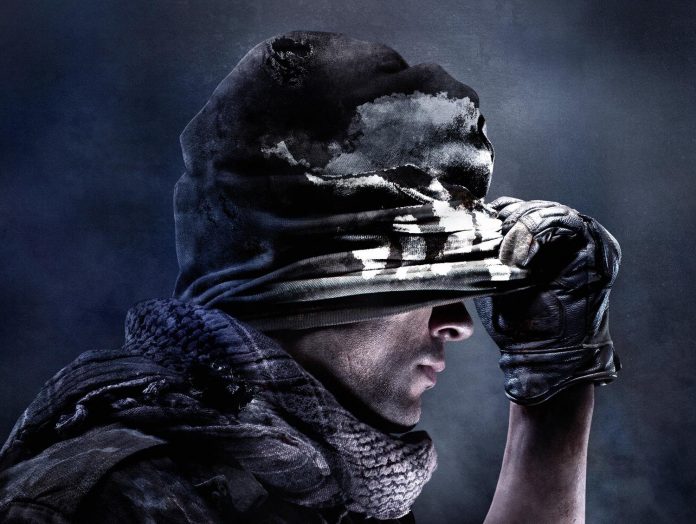 Since 2006, a new Call of Duty game has come out every fall, like clockwork. Arguably the most high-profile annualized franchise still in existence, Call of Duty has reinvented the financial model of video game releases. It brought the Madden formula to shooters, delivering a new experience every year for eagerly waiting fans. For some players, this annualized approach to the FPS juggernaut is perfect, and they get hyped and excitedly anticipate each new installment, year after year. Everyone can relate to wanting the next story or experience after they finish the first, and annualized games drastically reduce the often torturous wait. When I am heavily invested in a series, the span between sequels can be incredibly frustrating, but a wait of only a year is much more manageable than, say, a half-decade drought.

But the problem of annualized sequels, we all know, is that it can dramatically reduce the quality of an experience. As we can see with the Madden, NCAA Football, and FIFA games, innovation and risk-taking are rare when a studio is given only one year to produce a game. EA sports games have, in my opinion, the most lackluster animation and art in any high-profile, successful game. Crowds look like cardboard cutouts, players still have dead looking eyes, and movements are still jerky and unnatural. Compared to something like Assassin’s Creed or Uncharted, the graphics have improved very little from the beginning of the Xbox 360/PS3 generation. And, although such independent AI that exists in sports games is resource-intensive, there is no reason why the games should not have progressed more as the developers learned how to use the hardware better.

But EA Tiburon only has one year to put out Madden games. And in that year, there is very, very little that they can do to ever drastically increase the quality of their game. They need a year or two off from releases so that they might fully begin from scratch, to make a football game that looks and feels as lifelike as the immensely powerful PS4 and Xbox One hardware can now support.

Activision attempted to mitigate this problem by cycling Call of Duty between two entirely separate studios, Infinity Ward and Treyarch. And for a while, this worked. Vince Zampella (now of Respawn and working on Titanfall) and Jason West completely revolutionized the first person shooter with Call of Duty 4: Modern Warfare. But soon, the teams fell into a cycle of evolution, and not revolution. Hampered by only two years to develop and immense pressure from their publisher, the two studios could do little to ever truly innovate on the familiar, albeit successful, Modern Warfare formula.

But little traces of potential innovation exist in the Call of Duty games, more so than in the Madden or FIFA games. Treyarch, especially, shows promise in Black Ops and Black Ops II. The first introduced a completely ridiculous but fun and entertaining story about deep-cover operations during the 70s, during which fever dreams and/or recollections showed the player doing anything from shooting Castro’s doppelganger to assassinating JFK. “The numbers, Mason! What do they mean?” This line became well known because of the over-the-top conspiracy plot of Black Ops. In Black Ops II, Treyarch tried something shockingly daring for such a high-profile game like Call of Duty. They introduced player agency into the campaign. They allowed player choices to actually affect the outcome of the game, something that made the plot, while somewhat lackluster, stand out and engage the audience. Treyarch also introduced weapon loadouts in the campaign, a deeper level of character customization during multiplayer, and a now-famous player action, the “dolphin dive”.

And yet, this innovation seems to have been largely ignored by Activision. Last year’s game, Ghosts, did away with all of this and reverted back to the well-worn path of the Modern Warfare games. Infinity Ward attempted to impart a little more emotion into the storyline, and to make it a much more personal plot, but it was largely a reiteration of past Infinity Ward games. The players and critics noticed this, and at the time of this writing, Call of Duty: Ghosts is the lowest scoring CoD game on Metacritic and it has sold less than Black Ops II.

But what if the teams at Activision were given a little more time to develop their Call of Duty games? As the flashes of innovation hint at, this could be a rebirth for the franchise. This could allow Treyarch to make a fully branching narrative that takes into account player choice in a much more subtle and effective way, perhaps like Mass Effect. This could enable Infinity Ward to produce a truly resonant campaign with an emotional impact that approaches something like The Last of Us. There is such a wealth of potential in the Call of Duty franchise, and if the developers are given enough time to take risks, I believe that the quality of the CoD games would skyrocket.

And now, they have more time. With the inclusion of a third studio, Sledgehammer Games, in the cycle, each developer now has three years to work on their game. This could be the breath of fresh air that the franchise so desperately needs. This could be the turning point where each team can reinvent themselves and their game, and make something truly outstanding. It is still too early to tell for CoD, but prior games have shown that a longer development time generally leads to higher quality.

Finally, the gaming world has acknowledgment from one of the biggest publishers that enough development time is important. This could be a response to Take-Two’s announcement that Rockstar’s Grand Theft Auto V has sold over 32 million copies since it was released, demolishing sales of Call of Duty: Ghosts. Rockstar was given about five years to work on the game, as opposed to the two for Call of Duty. Just as sales of Call of Duty are falling, Activion’s rival releases a blockbuster game of high quality to immense and insatiable demand. Although an annualized release cycle can never incite that kind of demand, it appears that Activision did realize that quality is vitally important in keeping gamer interest.

This is a huge moment, then, in the video game industry. Perhaps this move could motivate other publishers to allow their developers an increased amount of time, too. Maybe EA Tiburon will finally be given a little room to breathe and develop a much improved and innovated sports game. Hopefully Ubisoft will more efficiently use their seemingly unlimited supply of developers and allow Assassin’s Creed to have a three-year development time, not just two-year as it is now.

Publishers, if they are dead-set on holding onto annualized cycles, need to allow their developers time to work. Too many franchises are at risk of being driven into the ground. Game series need innovation to survive, and innovation only comes with enough time. It is imperative, therefore, that developers are given a substantial development period. Iterative sequels are not enough anymore. We need revolution, and a departure from evolution, in game development.