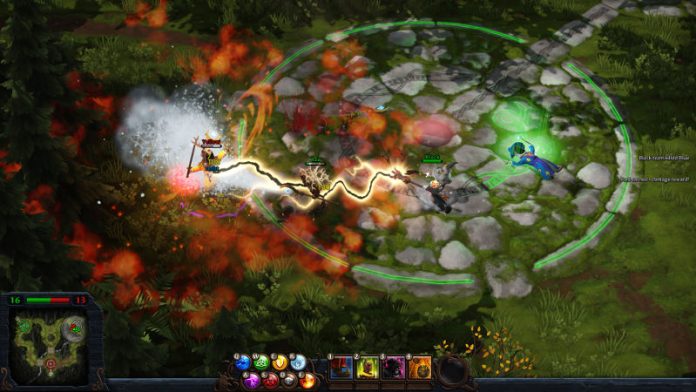 Wizard Wars is intended to use the same combination focused spell casting of the previous game, but this time around instead of the primary focus being AI enemies, the main game mode is a 4v4 PvP arena.

The original Magicka was a blast to play with friends, and those who tried it out probably already know that the hardest part about the game was not killing everything around you. Something like that could transition quite well to PvP, although whether or not it’d be balanced is another matter entirely.

The screenshots give a bit of a look at the new UI. The element toolbar from the original is making a return, but this time around it looks like players will also be able to use preselected spell with the push of a single button, a far cry from the lengthy combination process of the first game. In addition, Wizard Wars will feature a minimap, emphasising the more strategic focus of the game.

So, what do you think about these screenshots?