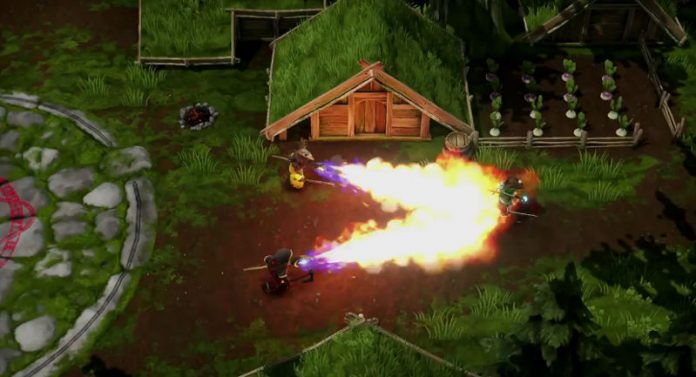 The first part of it is a CGI video, showing off an idealised version of what the game will look like.

The second part shows off what gamers will actually be playing. Visually it looks quite similar to the original Magicka, and apparently for the most part it will play the same, featuring the same “real-time spellcasting” of the first game. While it’s a 4v4 team based game, friendly fire is in full effect, which based off the original game, means players will end up killing their teammates far more often than their enemies

Apparently it’ll also have some “new tricks,” although currently Paradox is keeping quite about what exactly they are.

The game has just gone into an invite only alpha though, which offers a way for players to see how much the game has changed. Those interested should head over to the official site to fill out the sign up form. Those who get in early will apparently get rewarded as the alpha begins to bulk up, receiving more alpha keys than others and getting a free copy of Magicka.