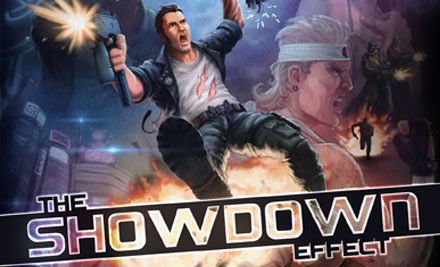 The crazy, fast paced multiplayer game from Paradox, The Showdown Effect, has received a free content update (probably of many to come), offering us two brand new stages to test our skills in, as well as new characters and costumes because you can never have enough of those.

The new free maps are inspired by classic “spahetti Western” movies and are known as South Eastwood and Fort Fiesta. The levels are available for free and will be immediately available to pick in both ranked and custom matches. Players will also meet two new characters: Thelma Vaine, British super-spy with a cloaking device and a sharp tongue – and Dr. Johnny Bionic, a cyborg who must fight every day to keep his drill-saw-arm from murdering all humans. These characters, plus a series of Reddit costume pieces, can be redeemed for free using in-game AC. An additional set of Western costume pieces can be purchased for a fistful of dollars.

Paradox have also released a trailer to show us the new free maps, as well as the new characters and you can check it out below: