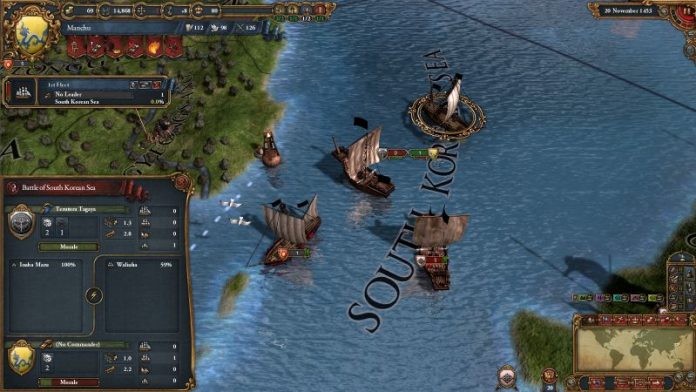 Finally, we have an exact release date for the highly anticipated empire building game Europa Universalis 4! Paradox announced today that the game will be launched on August 13th this year and they also made pre-orders available for everybody who wants to make sure that they get to play the game on launch day.

The Europa Universalis 4 pre-orders are available from digital distribution channels everywhere for $39.99, with a Digital Extreme Edition available for $44.99. You can check out more about pre-ordering the game and the bonuses that you get if you decide to pre-order by checking out the game’s official website.

In case you haven’t played an Europa Universalis game so far (it’s your loss!), you should know that Europa Universalis IV gives you control of a nation to guide it through the years and create a dominant global empire in the age of exploration, providing unprecedented freedom through the use of exploration, trade, warfare and diplomacy to let you rule your nation however you see fit. Strategists will face ruthless AI in an extensive single-player campaign, or be able to backstab friends and foes in 32-player online matches. In other words: extremely fun!

Check out a teaser trailer of the game to find out even more about it:

So don’t forget to mark August 13th on your calendars, that’s the day when Europa Universalis IV is going live!