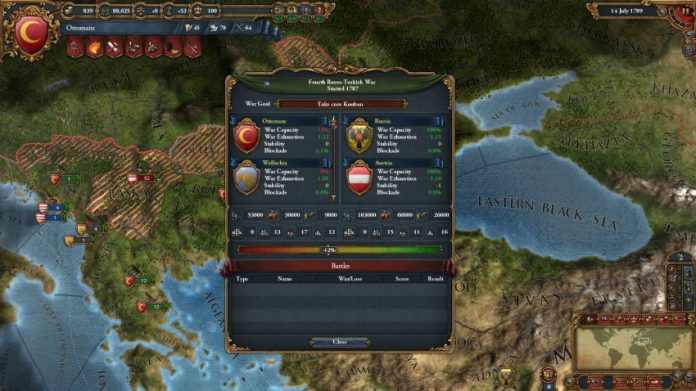 Europa Universalis IV has been launched recently and our review of this amazing game is coming shortly. Until then, we have decided to share with you a list of the best Europa Universalis 4 mods available for download right away so that you can improve and customize it to the maximum. And since we’ve already talked about the best countries to start with, you’re en route to great victories.

So without further ado, let’s check out the Europa Universalis IV mods below!

Return of Atlantis – This mod introduces the tiny island of Atlantis into the world of Europa Universalis 4 This mod is entirely built upon the legends of Atlantis made by Platon, the greek philosopher.

Flag Improvements Package – Added a filter over all flags, and made minor changes to some flags. Suggest flags you would like to see changed, such as the Austrian flag which I have changed to the Habsburg flag.

Bigger Diplomacy View – So when playing at 1080p or bigger resolutions, you get really tall and nice stability/trade/military and mission views. But not diplomacy. So I tried to fix it and also got the religion view done.

Roman Empire v1.0 – It is a simple modification which adds a Byzantium decision which will give you the opportunity (after you meet the conditions) to restore the Roman Empire.

The American dream V0.5 – This is a general mod for Europa Universalis IV created by Belegurt.

These are indeed some really great mods, especially the Atlantis one that brings some extra fun into play and I hope you will enjoy them as much as we did!