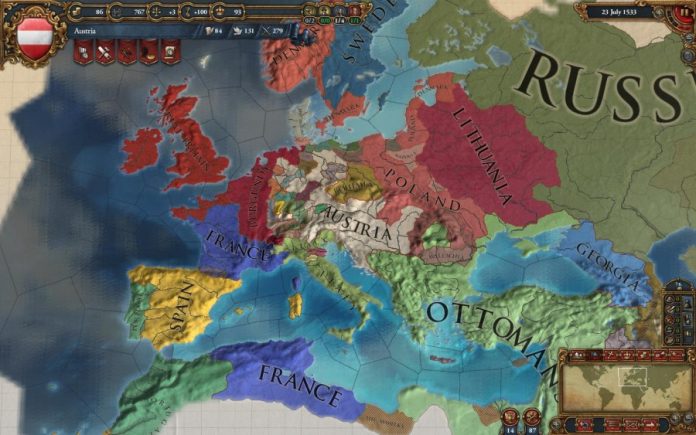 Europa Universalis IV has just been launched and I am sure that you have a great time playing the game. Fortunately, Paradox didn’t come up with just a sequel but a brand new and really challenging game, one that can prove really difficult to win for most of us. Therefore, I have decided to create this article and share with you the best Europa Universalis 4 countries to start with to have an easier shot at world domination and turning your country into the best one that ever was.

Of course, some might agree that the real challenge and fun in the game comes from choosing some really tough starting countries, but I do think that an easy win can raise the morale and keep us going. So if that’s what you want, here are the best starting countries for Europa Universalis IV in our opinion:

1. Portugal – considered the regular “easy” country in Europa Universalis games, your only worry should be to stay on the good side of Castille. It’s pretty isolated too and it’s great at helping you go on a full scale colonization. Strong navy is not optional, though!

2. Castille – Neighbors with Portugal, so probably this “easy” part is passed on. Has the disadvantage of being France’s neighbor so also has to go colonial, but otherwise really easy to manage.

3. France – considered one of the most powerful countries in the game, France gives you all options and it’s up for you to decide how to play: go colonial or not, France is a great choice.

4. Ottomans – another really powerful country that can see you conquer the entire world (that was the initial plan, right?). You need to go on a full scale invasion and manage your ever-expanding empire, but the Ottomans have the advantage of being really powerful and situated in a region that opens up your gates for conquering… everything!

5. England – being a island nation makes it very easy to manage. However, it’s a bit too isolated for my taste and the navy focus adds an extra degree of challenge, but if you want to try out things, England allows for quite a few mistakes to go unnoticed.

So these would be our 5 best Europa Universalis IV countries for an easy victory. Which one is your favorite?