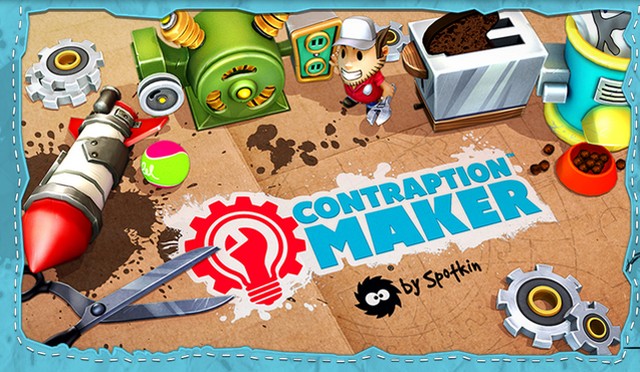 In the mid-1990’s a rather odd, fun, and experimental puzzle game arrived, called The Incredible Machine which was developed by Sierra Entertainment.  Now the popular game is making a comeback, in what’s deemed as a “spiritual successor” to its older brother and this new iteration is called Contraption Maker.  The original wizards behind the first game are back working on this new installment for the PC and Mac.  There will be a tons of puzzles which players will need to solve using such odd things as trampolines, hamsters, motors, alligators, and a lot more.  In addition, there will be over 100 parts which players can utilize to make their very own contraptions.

Contraption Maker will also sport puzzle sharing, mods, backgrounds, and will receive other information regarding cooperative play and sub-assemblies from the game’s developer, Spotkin, at a later date.

The alpha build for Contraption Maker is expected to arrive this summer.