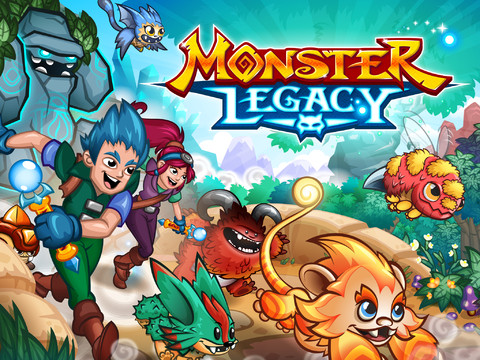 Monster Legacy offers a unique blend of nostalgia and innovation that will delight players of all ages. With the fantastical world of Arborea as the setting; players will be able to explore, discover, battle and build an adventure of a lifetime.

This action-adventure game will offer countless different adventures through 21 unique levels, 63 quests and 14 dungeons. Players will be able to raise up their monster characters and evolve them as the gaming difficulty becomes tougher. Besides experiencing breath taking battles, players will be able to solve enigmatic puzzles inside Elemental Temples as well. Monster Legacy will be available only for iOS for tablets, iPad, iPod and touch.