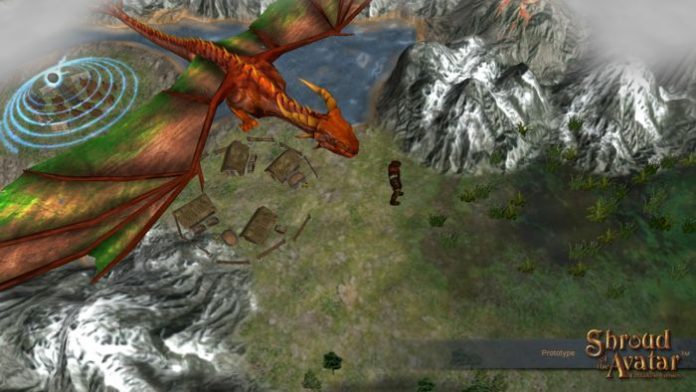 I am rarely excited when a Kickstarter project is launched, but this is one of those moments that makes me shiver. Richard Garriott aka Lord British has decided to Kickstart his new project, Shroud of the Avatar: Forsaken Virtues a brand new RPG made exactly as RPGs should be done. And if Garriott doesn’t know about RPGs, then nobody does.

Titled Shroud of the Avatar: Forsaken Virtues, the game is described as the reinvention of the classic fantasy RPG genre and promises to focus more on exploration and player choices than on level grinding, and this is something I totally love!

“Shroud of the Avatar will include what I think are the keys to an ultimate role-playing experience,” says Garriott. “These important tenets include things like a fully interactive virtual world, deep original fiction with ethical parables such that players’ choices are relevant, cultural histories and fully developed alternative languages and text. Also we want our players to have physical game components like cloth maps, fictional manuals and trinkets. These are all things that people came to expect in my earlier works and we plan on bringing them all back to create Shroud of the Avatar.”

And that’s not all! There are a ton more interesting things, like the option to become an adventurer, focus on discovery of the lands or even becoming a “city boy” homesteader. The familiar psychological profiling used to create your character, organically derived game-play responses to player behavior and fundamental virtues and consequence of actions will all play a huge role in Shroud of the Avatar. Players will be free to choose their path, but must then live with the consequences of their actions.

You can also buy houses, all sorts of goodies, you can craft stuff and even go in PvP battles, everything in a world that sounds extremely interesting and promising.

Shroud of the Avatar: Forsaken Virtues has a pretty high goal set – 1 million dollars – but there will be no problems achieving it since the counter is already at almost 700,000 with 27 days to go. If you want to learn more about this exciting project, check out its Kickstarter page.