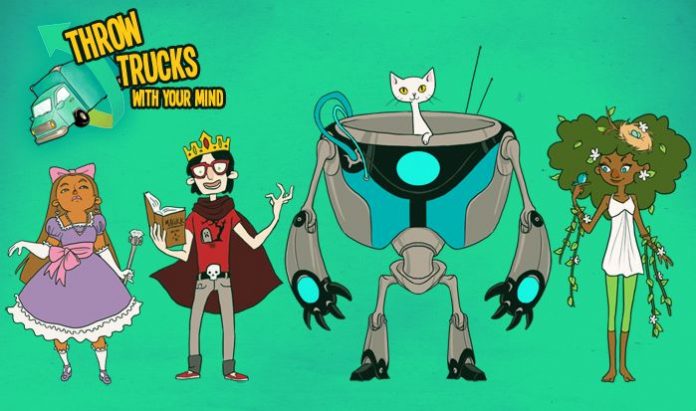 If you’ve ever wanted to be a Jedi, now would be the time to lay down some money for it.

With only 5 days left, the Kickstarter for the mindbending first-person psychic game is closing in on it’s goal of 40,000 dollars. Players use an EEG headset from Neurosky called the Mindwave, an 80 dollar piece of headware that allows you to throw trucks with your mind, among other things.

Trucks boasts a lovely art style and a distinctive lack of grizzled space marines, instead opting for cats in robotic exoskeletons and wizards.

This “Kinect for the brain” shows a lot of promise, but expect to drop a pretty penny to get the full package. Backers must put down at least 125 dollars to get a Mindwave headset included with the game, set to come out in approximately 1 year. Lower tiers offer a poster of concept art, and higher ones allow players a spot immortalized in a digital hall of fame, or even a chance to design a throwable object for the game.

Check out the Kickstarter page and get your Telekinetic powers.