As I told you already in a previous post, I am a huge fan already of the really cool Facebook title King’s Bounty: Legions. I think that you are too since you are here, and I also think that you need some help. Playing King’s Bounty: Legions is not the easiest thing to do, especially since you are probably not used with such a complex game on Facebook. But I am here to help you with a complete King’s Bounty Legions Guide and pretty soon you will be able to call yourself a master.

Before starting, you might wish to check my previous articles if you need help in these specific areas:

Now that you know the basics, let’s get to some other important things!

Your goal in King’s Bounty Legions is to create a really strong Hero with super-troops inside. In order to achieve this, you will need to complete quests in the various areas on the map. As you progress, you will unlock new areas which hold bigger battles for you: 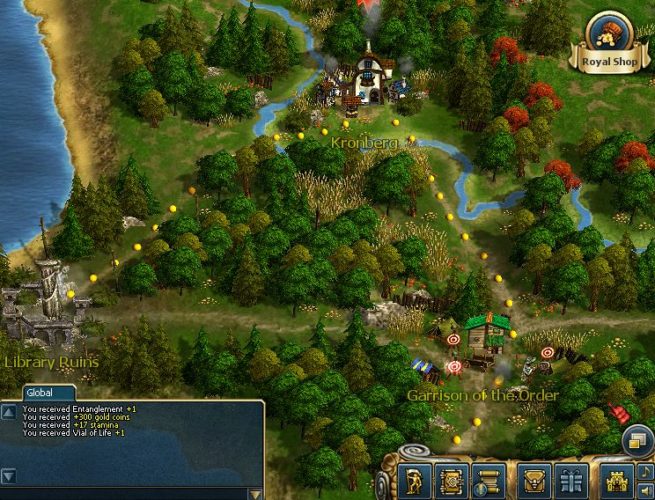 Traveling from location to location costs you energy. Starting a battle will also cost you energy, but the actions your troops perform in the battle cost no energy, so you will always be able to finish a fight (no matter if you win or lose). You should always make sure that you have your army full of troops before starting a battle. More power means less losses on your side and you shouldn’t waste any man power, since the number of free troops in the game is limited and you don’t want to spend your treasure on refilling with coins!

And this is when we get to an important aspect of King’s Bounty: Legions: how to get more money.

In theory, you should have no problem with the money available to you since you get more money by completing missions, winning battles (both PvP as well as quest battles), logging in regularly and receiving bonuses and also by receiving gifts from friends who also play the game.

So basically, if you constantly find yourself without many, you should reconsider your strategy and cut the costs: I rarely spend coins in the game and I never feel the need to. So don’t be tempted to use your scroll spells in all battles or upgrade them on lower levels since that’s really not necessary. Usually, the campaign battles (non PvP) are made in such a way that they have a progressive difficulty and you shouldn’t have any problem completing them without extra help.

How to Keep Track of Quests and where to Finish them

At times, you might find yourself overwhelmed with the number of quests you must complete and you’ll probably think that you’ll never be able to complete them because you don’t know in which region you chose them. Don’t despair, the Quest Journal is there to help you: 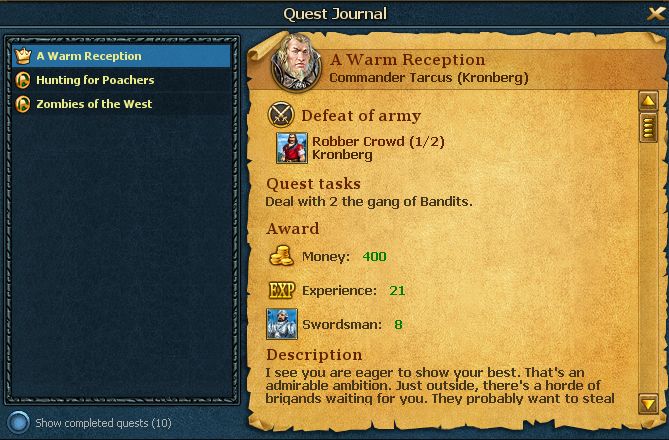 If we look closely at the image above, we can see that in order to complete the A Warm Reception quest, we’ll have to be in Kronberg and defeat the Robber Crowd army twice. Things are made even easier when we click the fight button: 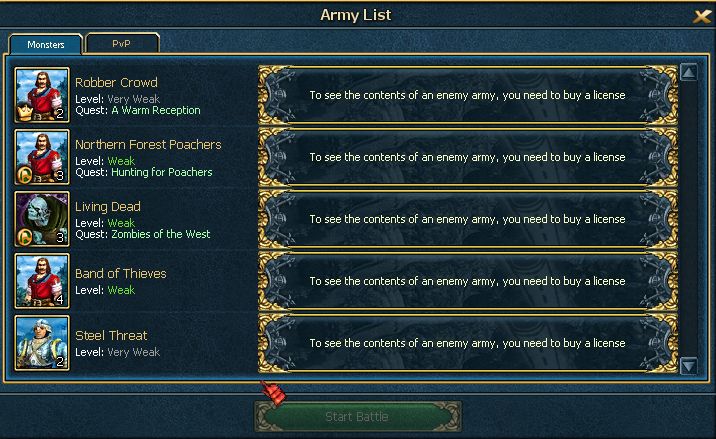 As you can see, under each army is a note saying which quest does the battle belong to. Easy as pie, you just have to defeat them now!

In the game, you can upgrade your troops and spells for coins in order to increase their strengths. You can access the troop upgrade menu from the Army Management screen, by clicking the small question mark that appears on a troop when you hover your mouse over the avatar. This will open up a menu like the one below: 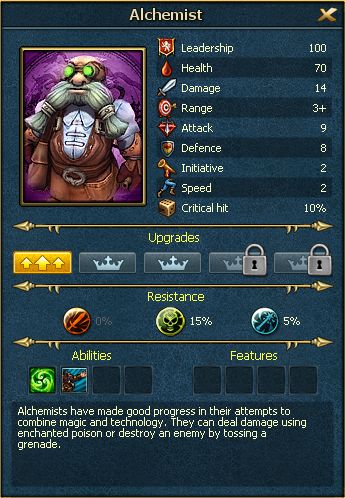 You can hover your mouse over each possible upgrade to check out the details. My advice would be to try and upgrade the more powerful units, thinking to the future: it’s really unlikely that you’ll fight with peasants at higher levels, but you might need Pilgrims, for example, so try upgrading them first and completely ignore the peasants.

A similar thing goes to the spells: 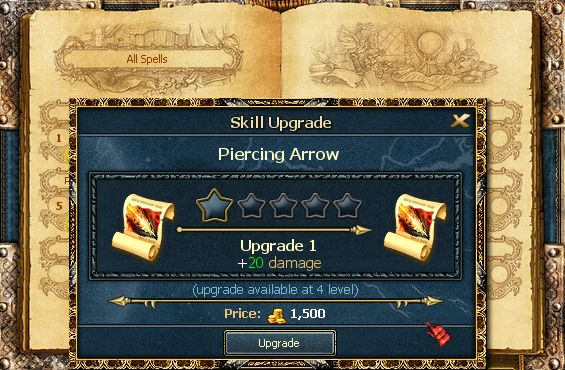 Again, in this case too I would suggest to think twice before paying the money for the upgrade and think first if it’s really worth the high price!

So basically, that is everything that you should know about King’s Bounty: Legions. Once you get used to the game’s mechanics, you shouldn’t have too much trouble playing the game and getting the most out of it. It might seem a bit overwhelming at first with all the buttons and all the info, but it’s not really that tough and I’m sure you’ll be able to learn everything pretty soon.

If you have any tips and tricks, feel free to share them in the comment section below!