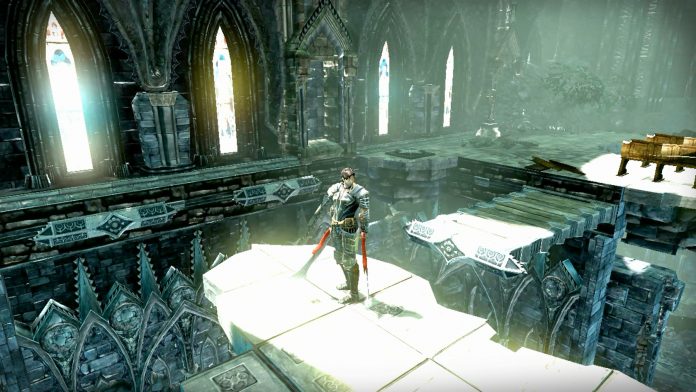 Blood Knights is a dark themed RPG from Kalypso that features Jeremy, a renowned vampire hunter that becomes a vampire and Alysa, a vampire archer that gets bonded to Jeremy. To save humankind and defeat the vampire lords that seek to unleash hell on earth, there’s nothing better than two skilled vampire warriors to accomplish the job. This action-RPG title has two difficulty modes, normal and hard. Despite the difficulty mode selected by players, the core tactics and strategies remain the same.

Blood Knights is not a next-gen game and as so, most of the key features are already known. This game has a relatively basic programming for an action-RPG and the enemies are not as smart as you expect. On the other hand, players have great options for action and mobility, so over-playing NPCs becomes extremely easy, especially in normal mode.

1. Strategy Guide & Tips: Blind Pressing Keys Will Do You No Good

The main goal in Blood Knights is to kill whoever dares to come in your path, a typical mission in hack’n’slay titles. But blindly pressing buttons won’t do you any good because in Blood Knights you need a clear strategy to stay alive. Without a customized saving system and without any sort of health potions, players must struggle to kill fast, feed efficiently and surpass all type of obstacles.

In this game, players assume the role of two vampire characters, Jeremy and Alysa, but you can only play one character at once. However, you can always switch between characters whenever you want. Jeremy is a warrior and he uses double swords, he’s clearly a melee combatant, and Alysa uses double crossbows, which turns her into a deadly archer. They share the same health but the skill and attack cool downs are set separately. 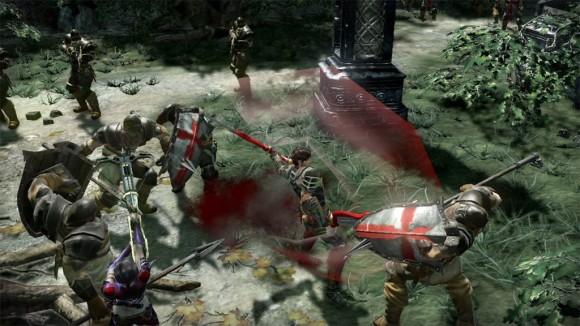 The general strategy in Blood Knights is to efficiently kill, or by other words, killing quickly without getting damaged at all. To do this I’ve used Alysa as my main character and Jeremy as my secondary option. Why? She can kill enemies from impressive distances and she can dodge most of the incoming damage without much effort. It’s a win-win situation. All you have to do is position yourself, aim and shoot. Whenever enemies get too close and you don’t want to move around for a while or you don’t have enough space to do so, then switch to Jeremy, his powerful splash damage will take care of the matter. Note that certain enemies have a clear counter, for example flying dragons can easily be killed by Jeremy since they run too fast and kiting them becomes a problem for Alysa.

Although this game doesn’t offer many options for explorers, there are a few moments in the game that challenges players to jump around and find blood coins or chests. These coins are powerful items that grant attribute points, which can be used to strengthen Jeremy and Alysa. It’s an encouraging reward for exploring, the more blood coins you find, the stronger your characters will become, besides you’ll be able to unlock an achievement too. 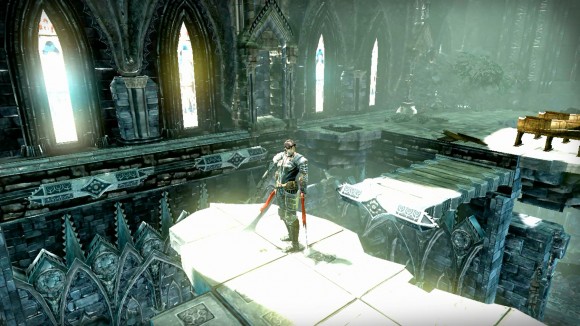 In Blood Knights, there are three main enemy classes: human, vampire and demon. Humans are fairly easy to kill but they have elite soldiers that use shields, which blocks most normal attacks. To defeat this type of enemy, you need to break their resistance first; a good choice is to throw fire at them with Alysa’s special skill. When they become vulnerable you can simply use normal hits to take them down. Vampires are generally easy to kill too, however they inflict way more damage, their toughest unit is the vampire machine. This mechanical beast can only be damaged with special skills and the final blow must be casted with vampiric powers, else it will regenerate. Finally, the demon class is the most deadly in game; they’re very though in defense and offence compared to all the other enemies in game. They only appear in the last chapters of the game and they require a lot of kiting. 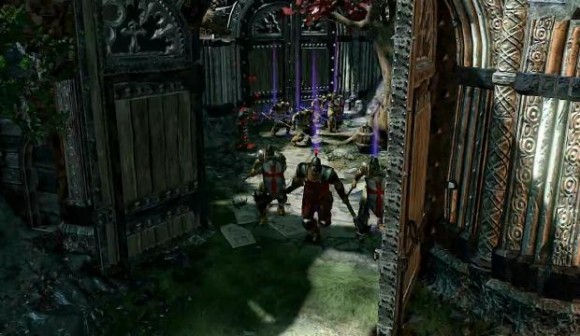 Alright, so what we want here is to create deadly warriors with crazy amounts of damage, so that’s exactly what you should aim for with your skill build. Maximize the critical and damage skills first on Alysa and ignore everything else. On Jeremy, I went for the critical, damage and disable passives and it worked out quite well.

Don’t forget to keep your gear updated, you’ll be receiving new loot all the time and most of the new items will be better than you current gear. Also, try to save all the gold you collect during your journey for the last chapters; you’ll need lots of cash to buy epic gear from the town’s trade for your final missions.

The tips and cheats stated here are mainly for normal gameplay. Note that the hard mode tips will probably be useless in normal, simply because the difficulty doesn’t require any additional procedures to successfully accomplish the mission goals.

– Keep your distance from the enemy when using Alysa, she can’t shoot properly when in close combat. Use her special fire ability to break melee target’s shields and then use basic attacks to damage them.

– Use AOE damage to defeat huge amount of melee opponents – Switch to Jeremy, his special ability does AOE damage and his normal attacks, especially while jumping, can be devastating as well.

– Run back while fighting – Enemies will chase you and then go back, however their HP doesn’t recover, meaning you can finish them off while they go back to their posts.

– Hide behind rocks and terrain ground to avoid being hit from all sorts of enemies. This technique is amazing to avoid behind hit by enemy archers but it works for melee targets as well.

– Never stop moving – The best way to dodge being hit is to move in circles and jump around.

– Use Alysa to shoot from higher or lower ground –  If you manage to reach a higher or lower place, melee enemies won’t be able to follow you, thus you can arrow them down without taking any damage.

– Use shift to heal during combat – If your health is dropping fast, then you can feed on most targets by pressing shift. Note that some targets like robots can’t be feed on.

– Use Jeremy in limited places like small rocks, if you try to kite with Alysa you’ll probably fall off the border and get yourself killed by fall damage.

– Don’t jump off from high places; fall damage can kill vampires in this game.

– You can jump over fire traps – You don’t have to wait fire traps to stop casting, you can simply jump over them.

– Break every barrel you see, it normally drops great amount of gold, which can be used later on to buy gear and other items from traders.

– Try to jump into unexpected rocks and possible climbable places, there’s a chance that a blood coin is hiding there.

– Leave a feeding source behind in case you might need it, especially during the last two chapters (Hard).

– Always have grenades with you – Grenades are additional items that you can be used to disable enemies, it stuns and does some damage, it’s very useful to defeat bosses (Hard).

– Go back and save – Some parts of the game have huge distances between saving statues, sometimes it’s safer to run back and save your achievement, than to risk dying and do all over again (Hard).

– Don’t attempt to fight many enemies at once – This action by itself is quite risky at full HP in hard mode, some elite bosses can induce high damage per hit, if your health is at half or below, then I surely advice you to step back and pick one by one (Hard).