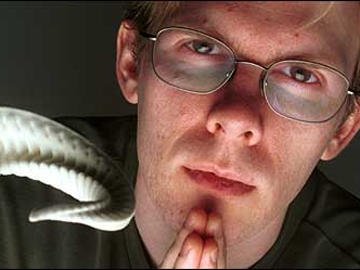 John Carmack, a lead developer of famous games such as Wolfenstein, Quake, and Doom, has officially left id Software’s team, bringing an end to his 22 years of work with the company. John Carmack was one of the founder’s of the company, and is the last original member of the 4 founding members to leave the company. Adrian Carmack, who he has no direct relation to, left id Software in 2005, and John Romero and Tom Hall left the company around the 90’s to start up Ion Storm Inc., a company that did not fare well.

This departure from id Software was set into motion because of Carmack’s position as the CTO of Oculus VR. This new position was actually announced in August, but during that time, Carmack was juggling both jobs between Oculus VR and id Software, making it very difficult for him to focus on projects. This announcement comes after Carmack finished developing the id Tech 5, which was the latest technology for id Software’s gaming platforms.

This latest news might frighten certain fans of the Quake and Doom series, considering Carmack was a lead developer in the company. Doom 4 has been in development since 2008, and was planned to be released for the next gen consoles. However, it doesn’t seem to be released any time soon.

What do you guys think of this? When will Doom 4 come out? Let us know in the comments below!