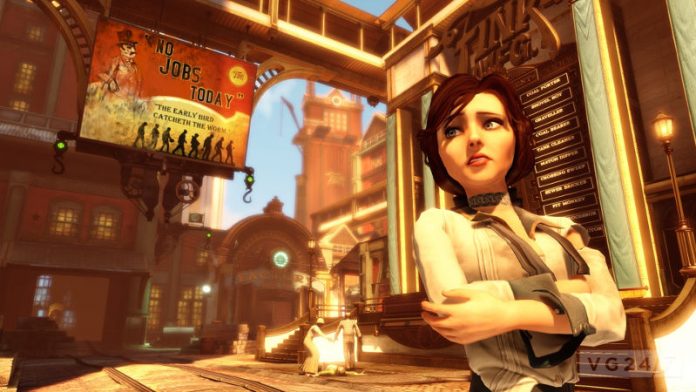 Over the course of today, Bioshock developer and creator Ken Levine has dropped a series of tweets

hinting at an announcement for the much anticipated first DLC of Bioshock Infinite.

When asked later today if there’d be an announcement for Bioshock Infinite DLC soon, Levine replied with a message asking the poster to “Read [his] tweets today, dude/dudette!” In a third tweet, Levine clarified for a confused poster, stating that “news will be out on tues.”

An even later post gives 8 AM as the official release time for the announcement. Given that he’s based in Massachusetts, this means the announcement is around seven hours off at the time of writing.

Levine also notes in a tweet that “the event is taking place 16,704,000,000 miles from Earth.” However, given the context it’s possible that this is just a sarcastic reply.

Bioshock Infinite released in March of this year to critical acclaim. One of its preorder bonuses was a Season Pass for DLC, and this Pass has also become available as a standalone purchase. Tomorrow’s announcement will mark the first real news about a plot based addition to Bioshock Infinite.