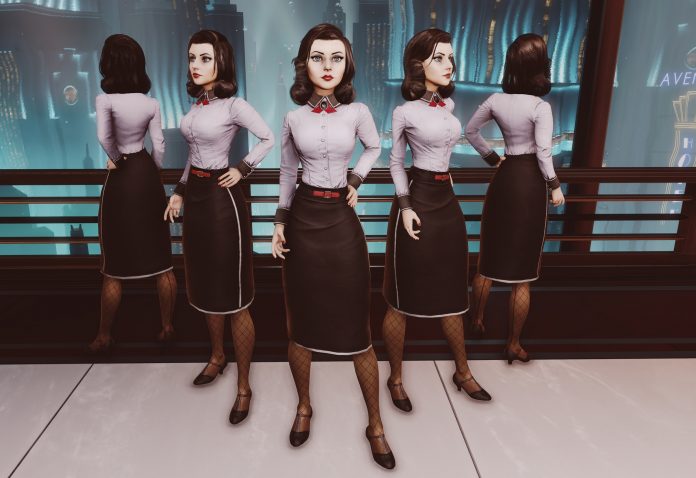 I normally avoid picking up DLC for the games that I play as I really feel that it all should have been included with the game to begin with. Bioshock Infinite is going to be an exception for me as I totally feel like I got my money’s worth with what I bought and the new content looks like it will be a ton of fun.

Bioshock Infinite‘s Burial at Sea DLC is a trip to Rapture, the city in the ocean featured in BioShock 1 and 2. Elizabeth’s outfit gets an update befitting the new theme and as always, she looks great. Irrational provides an image of Elizabeth in five angles, which you can get a closer look of here. So far there is no word of what Booker will be wearing on his quest through Rapture.

Burial at Sea is in two episodes, both set in Rapture two years before it falls to ruin. The first episode stars Infinite protagonist Booker Dewitt, and the second stars Elizabeth. Players will get new plasmids and vigors, new weapons, dimensional tears, Big Daddies and skylines. Also, the best part, we will get to see what Rapture was like before it fell apart.

Episodes one and two of the Burial at Sea DLC will be $15 each and the release date is still to be announced.