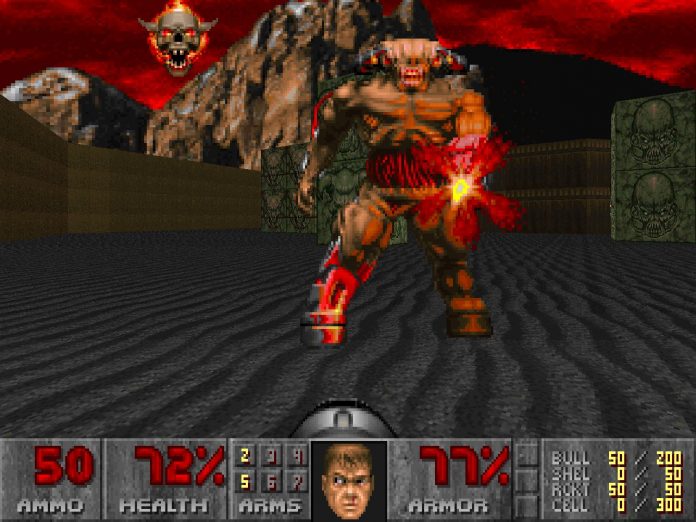 The United States aren’t the only ones engaged in a healthcare debate. Truth be told no one outside the United States believes otherwise, but the point needed to be made.

Of the countless debates currently going on and around the subject of video games, one of them is the difficulty, or lack thereof, in completing a modern video game. In fact it’s a struggle to find someone who doesn’t think modern gaming has become too easy.

The best way to pull this off is to keep the player deaths to an absolute minimum, in turn keeping the challenge to a bare minimum. To accomplish this, regenerating health has been made the industry standard in everything from first person shooters to platformers to some RPG’s.

The dreaded difficulty curve that has long been an essential pillar to game design is today used as little more than a drink coaster at office meetings. Few games bother to make the game more challenging as you get farther along. The ones that do are betrayed by the simple tactic of ducking behind a wall and re-emerging with full health to continue fighting an enemy who can’t do the same thing.

The widespread implementation of regenerating health has removed a fundamental layer of strategy from our games. Health management and the need to take extreme caution are a thing of the past. The sensation of the hair standing up on the back of your neck, as your body fills with tension as you try to clear a room full of enemies with a scant sliver of health now replaced with a feeling of horror as you mow down your fellow man with ease.

Relatively standardized controls, level design that subtly points you in the right direction without the player even realizing it, a free camera system, a compass and map; all are conventions that make the basis of every video game design philosophy.

Somewhere along the line regenerating health entered the mix. It’s a lot like the newer mechanic that’s forcing its way into stealth games, the ability to see enemies through walls. No one ever explained how this is possible from a story perspective, and many don’t seem to care anymore. Its enter the pantheon of “video game logic” when it never needed to.

That being said, the “strap a med kit to your chest” method wasn’t that realistic either. Nor is it fun to run all the way back to the start of a level, desperately searching for a green box with a red cross on it.

The fact of the matter is gaming has never really got heath mechanics right. Ever since Halo, the standard hasn’t been changed, tweaked, or experimented with in any significant way.

Except for one franchise.

The only real significant update has come via the Far Cry series. It uses a combination of health kits and regenerating health to craft one of the best health mechanics in gaming. Your health bar is divided in several segments, and your health only regenerates in individual segments. If one of the segments has lost health entirely, you need a med kit to bring it back up.

The games also experiment with making the player perform quick surgery like removing bullets and treating burns, but this is purely cosmetic. You have no control over when or where it’s performed, and it’s just the same two or three animations over and over again.

This system, baring a few tweaks, could be just what the industry needs. It combines the best of both worlds; a quick way to recover health in the middle of a battle without having to stop for a med kit as well as the increased challenge of still needing to monitor your overall health.

The system isn’t perfect however. The aforementioned surgery bits should either be interactive and expanded or dropped completely, and some general tweaks to how long it takes to recover health and how many med kits you can carry at any given time. Imagine how fun it would be to have to pry a bullet out of your arm or leg with a knife, then have to find bandages and stiches to patch yourself back up.

If games are going to become challenging again, it starts with overhauling the mechanics of health regeneration. It’ll force the player to be more careful, it’ll create a sense of tension, and it’ll keep the player from blowing through the game in a few hours. Besides, what’s wrong with dying every now and then?