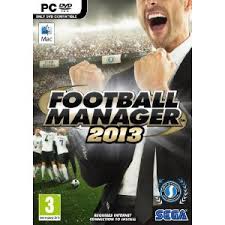 Sports Interactive has estimated that Football Manager 2013 was illegally downloaded over 10 million times.

The news came from Sports Interactive director Miles Jacobson, who said that 10.1 million illegal downloads for the game had been detected, whilst speaking at the London Games Conference last night, according to a report by MCV.

The developer used a flaw in the cracked version of the game called Home to track down the IP addresses of people who were playing an illegally owned copy of the game.

According to Jacobson the majority of these downloads came from China, with an estimated 3.2 million downloads. Turkey was the country with the second highest illegal downloads with 1.05 million, with Portugal accounting for 781,785 downloads.

Other areas involved included approximately half a million downloads from Italy, and even one from the Vatican.

Despite these numbers, Jacobson believes it would be ‘ridiculous’ to believe each download would be equal to one lost sale. He estimated through the drop of activations that Sega lost out on approximately 176,000 sales, and around $3.7 million in revenue.

Jacobson says there was a significant drop in sales when the game was cracked back in May, but believes that there is little that can be done about it, saying: “Crackers are going to crack and people will download.”

The most recent game in the series, Football Manager 2014, was released on the 30th October.

Do you think there is something that can be done about illegal downloads? The numbers here are pretty large, but how would you handle this situation?