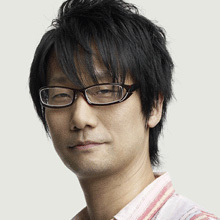 Kojima writes on twitter, “SPIKE TV” is one of the most popular cable TV channels in US. There’ll be a shocking PS4 related announcement that will blow your mind.”

Naughty Dog has already announced that they will be releasing a teaser trailer for The Last of Us’ upcoming story DLC. Kojima himself also confirmed that PS4 exclusive Metal Gear Solid: Ground Zeroes content will also be showcased. So it’ll be unlikely that Kojima is referring to any of the two aforementioned announcements.

Sony has already stated that there are over 20 games in development for the PS4, excluding the system’s launch line-up. Sony Santa Monica seems the most intriguing in that respect with God of War II creative director Cory Balrog returning to the studio after a seven year absence. He’s assembling an “Ocean’s Eleven” type of team to commence work in this ambitious new title. So it just might be that.

We are still left with Sony Bend, Studio Japan, Naughty Dog, Media Molecule, and SCE London Studio who all have been confirmed to be in developing a PS4 title.

Nevertheless the wait will be minimal as we’ll find out exactly what this mind blowing announcement is tomorrow.