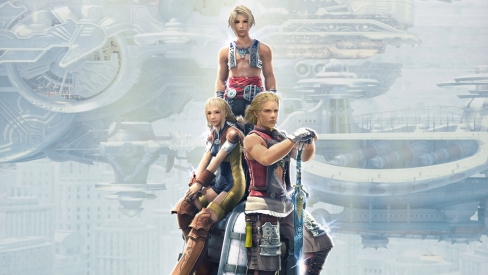 The HD versions of Final Fantasy X and Final Fantasy X-2 have finally gotten a Japanese release date. The two titles will be coming to both the PS3 and Vita In late December, with release dates for the U.S and European versions to follow. Final Fantasy producer Yoshinori Kitase, in speaking with NowGamer, has revealed that he’s open to the idea of giving Final Fantasy 12 the same HD treatment.

When asked if it’ll be likely that Square is interested in remastering some of it’s other games, Kitase answered, “We’d love a Vita version of Final Fantasy 12… I am also hoping that this HD remaster will open up some great possibilities in the future.”

Kitase also revealed the reason behind giving Final Fantasy X the HD treatment over more popular FF games such as Final Fantasy 7. He believes games such as FF7 and FF9 are already available to play through using the PS3 and PC, while the same can’t be said for X and XII.

“It is currently possible to play all the titles in the series up to Final Fantasy 9 on the current hardware generation, through the PS3 archives or on PC, but for the PS2 games it is pretty hard to play them on current hardware. So that is why we felt that Final Fantasy 10, our first PS2 Final Fantasy game, would be most suitable for an HD remaster.”

Final Fantasy X originally launched in 2001 on the PS2 and received the sequel treatment two years later; Final Fantasy 12 made it’s PS2 debut 5 years later in 2006. The exact Japanese date for the HD versions of Final Fantasy X and X-2 is December 26. Square told IGN the western release is still slated for the winter period.