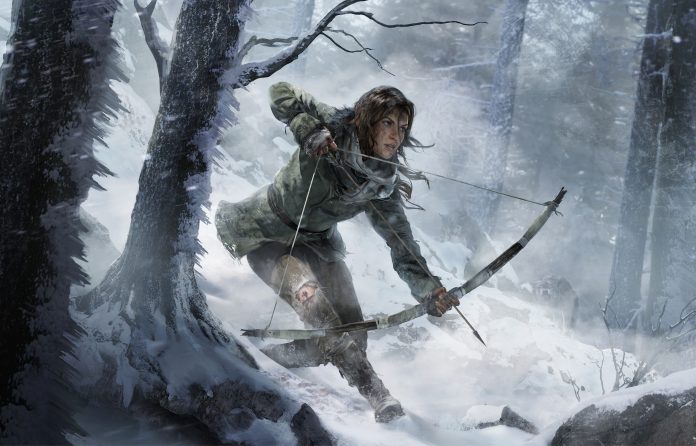 Crofty’s back, back again. Yes, our world renowned Tomb Raider, Lara Croft is back this year to ease the unbearable cravings of many sequel hungry fans in Rise Of The Tomb Raider. Square Enix (publisher of the reboot in 2013) has partnered up with new co-publisher Microsoft Studios for the next installment, with Crystal Dynamics still leading development for the game that is to be released in the Holiday of this year (2015).

With a new partnership driving this game to try and utilize it’s potential, the real question is what can we expect from this follow-up to the biggest UK launch of 2013? Will standards be maintained or will it diminish the face of action-adventure titles?

Picking Up From Where We Left Off..

The last time we saw Lara was in the chilling reboot of the series in which she undertook a transformation like no other. After being completely consumed and exploited by the evil of Yamatai (the games blood-curdling setting), Lara had completely altered from a young girl with a fossil brush who ‘hates tombs’, to a tough, extremely resilient survivor, leaping closer to the more profound image she possesses to date.

Throughout the duration of the game the island presented our widely loved protagonist with many obstacles and difficulties. The shear extent of Lara’s struggle, which is portrayed so well thanks to Crystal Dynamics really made players feel like they too were in her rugged brown boots, undergoing every little bit of it with her.

From the Rise Of The Tomb Raider trailer (here) we can see that the ordeal on Yamatai has had repercussions on Lara who has now sought out counseling. Don’t judge the girl, a second or two with one of those power-hungry, deranged inhabitants of Yamatai would be enough to send any poor soul loopy.

As seen in the trailer Lara is still emotionally scarred by prior events and is constantly fidgeting in her chair, a fine display of anxiety. This in turn still leaves an immense stretch between her more well, human persona to her famously invulnerable one. Game Informers coverage trailer (here) enlighten us that what Crystal Dynamics are trying to achieve is what made the last game so successful and take it further. They don’t want Lara to be more or less a ‘super hero’ but instead portray that there will be times that she will become overwhelmed by the harshness of the environment in which she is adventuring. With this in mind it is becoming more apparent that this sequel has the potential to utterly engage us as it’s predecessor did before, right from the gut-wrenching beginning to the sigh of relief as we reached it’s end. Also, according to Game Informer we should be prepared to be presented with more puzzles in this game in both greater quantity and complexity, another great step up from the less-challenging tomb puzzles in Tomb Raider (2013).

Some intriguingly insightful screenshots of Rise Of The Tomb Raider were released and almost simultaneously snapped up by All Games Beta, you hungry crocs, you. From these Hi-Res images it is quite evident that Lara’s struggle is yet to cease and that we can expect her to be facing an overwhelming array of hostilities in her upcoming appearance. The poor lass, will you ever be cut any slack Lara?

Here are just a few of the screenshots that were leaked (the rest of which can be found here):

With these fine screenshots that are psyching up fans even further, I think it is fair to assume that this next installment is full of divinely dangerous content that is going to completely enthrall us once again. With the developers clearly using next-gen capabilities to push the games visuals, it would be unreasonable to doubt that they have applied such wisdom and creativity in it’s other aspects. Now, attention must be drawn to the bear that is (have mercy on the pun) bearing it’s teeth, ready to slaughter our protagonist (screenshot 3). Could this mean a more diverse span of wildlife for Rise Of The Tomb Raider? Are we able to hunt these bad boys like before? Thanks to these screenshots we have a lot more exciting questions to dominate our ever so eager minds as we wait for Tomb Raider’s latest adventure to indulge in.

“Yes, Microsoft will be publishing ‘Rise of the Tomb Raider’ on Xbox…”

Now lets bring into light the new partnership between Square Enix and Microsoft Studios in the publishing of Rise of The Tomb Raider. Initially there was uproar concerning the games exclusivity. What with Microsoft planning to publish first on Xbox consoles (360 and one) there was plenty of question as to the fate of the poor Playstationers. However, Square Enix has confirmed since that it’s ”…partnership with Microsoft on ‘Rise Of The Tomb Raider’ does have a duration”, reassuring the many Playstation players  that they would be entitled to the ‘timed-exclusive’, just at a later date of release to the other console. Not a total victory but considering the latter, PS could have been worse off.

Square Enix wanted to shed some light on their decision to partner with Microsoft in the latest installment to the Tomb Raider series. In accordance to a representative ”Microsoft has always seen huge potential in ‘Tomb Raider’…”.

This statement can give us reassurance that Microsoft’s decision to try to partner with Square Enix is in the best interest of the game, as opposed to a subtle dig or ‘in your face’ aimed at Playstation. Silly Xbox Vs PS nonsense. The same representative also states that Microsoft Studios ”…will get behind this game with more support across development, marketing and retail than ever before, which we believe will be a step in continuing to build the ‘Tomb Raider’ franchise as one of the biggest in gaming”. This not only reinforces our hopes and desires to have this turn out to be one downright awesome game, but that despite the delay in release for Playstation players, it will be a game worth waiting that bit longer for. Let’s just put our anxiously sweaty palms together and pray they are utilizing the games potential as opposed to exploiting it.

Here’s to hoping this game will be a treasure

Ultimately, with all aspects considered it seems that Rise Of The Tomb Raider is going to be a must-have game. It appears to be harnessing all the sweetness of the slice of Tomb Raider before it and quite proudly placing that cherry on top to make it that much more enjoyable (yes, I did just compare an action-adventure game to confectionery).

With enough to taunt our tingling, gaming taste-buds but not enough to give us the full flavour, it is fair to say the release of this sequel will be not only complete bliss for fans of the series, but also a marvel that will widen Lara’s fan base.

All in all this will be a sequel to remember.