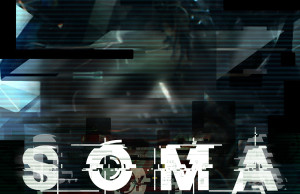 Sony and Frictional Games have announced SOMA, a first-person horror game set to arrive in 2015 for the PS4 and PC. Frictional Games, an indie studio based in Sweden who are best known for their work on Amnesia: The Dark Descent, have stated they have been working on this project for a good part of three years.

“All that time, this project has remained a secret — it’s a great relief to finally be able to talk about it, Frictional Games reveals. This game is by far the most ambitious and thrilling project we have ever undertaken.”

Thomas Grip, creative director on SOMA, described the game as a sc-fi horror experience designed to immerse you into it’s world.

“Briefly stated, it is a sci-fi horror game played from a first person perspective. You are not a space marine though; you’re a normal, very exposed person trapped in a nightmarish world. SOMA is a game about exploration, survival and immersing you inside an interactive narrative.”

“You will encounter a number of strange creatures, each an embodiment of an aspect of our themes. In order to survive the journey, you need to understand how they work and in the process take on extremely unsettling subjects. Our goal is for SOMA to not just be another carnival ride of cheap scares. It is meant to chill you to your core, and confront you with questions about your very existence.”

The studio will reveal more of the game as we slowly progress towards it’s 2015 release date.