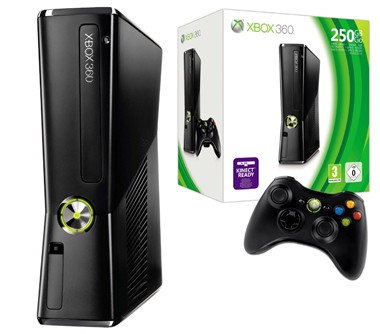 Microsoft has revealed 3 new upcoming Xbox 360 bundles, just in time for the holiday season. Major Nelson notes on his website that “US retailers will be having a Holiday 2013 price promotion in which you’ll get $50 off each bundle starting October 13 and running until January 4, 2014.” All bundles will include the new super slim Xbox 360 E, which was revealed back in May. The redesign is very similar to the Xbox One and the console sports a 250GB hard drive.

The first bundle, called the Xbox 360 250GB Holiday Bundle, includes the 250 GB itself alongside copies of this year’s Tomb Raider reboot and and Halo 4, and a free month of Xbox Live Gold is also included all for $299.99.

The second bundle, which is also $299.99, is the Xbox 360 4GB Kinect Holiday Bundle. This more causal oriented bundle includes the Kinect, Kinect Sports 2, and Kinect Adventures alongside a free month of Xbox Live Gold. NOTE: The Xbox included in this bundle only sports a 4GB hard drive.

The third bundle will cost $399.99 and will include the 250GB Xbox 360 E, with copies of Kinect, Kinect Sports 2, Kinect Adventures, Forza Horizon, and one month of Xbox Live Gold.

It seems Microsoft aren’t ready to move on from their Xbox 360 just yet. A specific release date wasn’t given, but expect these bundles to hit store shelves very soon.