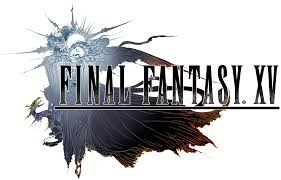 Square Enix has confirmed that a demo of Final Fantasy XV will be available to play on the 17th March 2015 in North America and on the 20th March in Europe as the game gets a new director.

Announced in a press release, the demo will be available alongside the release of Final Fantasy Type-0 HD on PlayStation 4 and Xbox One, with every copy coming with a code to download the demo, which is entitled Final Fantasy XV – Episode Duscae.

The demo will take place near the beginning of the game “but alters story progression and more to create a unique first-play experience.” It will give players a better handling of the battle system, with Square Enix’s community manager Daniel Seto saying on PlayStation Blog: “While we don’t want to give too much of the final game away in Episode Duscae we do want you to have a much better understanding of Final Fantasy XV by the end of it.”

Also announced was that Tetsuya Nomura has stepped down as director of Final Fantasy XV to focus more on Kingdom Hearts III. He has been replaced by Hajime Tabata, who has already worked on Final Fantasy Type-O, both original and HD versions of the game.

Square Enix CEO Yosuke Matsuda said: “In reviewing our development structure, we have decided to assign Hajime Tabata as the new director for FINAL FANTASY XV. Currently, Tabata and the entire development team are working, whole-heartedly, towards completing the production of Final Fantasy XV and ensuring the delivery of the highest quality Final Fantasy title to date.

“We invite every one of our fans to view the fruits of our labor through FINAL FANTASY XV’s demo, and promise to present a game that further surpasses expectations when the finished product is released.”

Finally, with the Tokyo Game Show opening its doors, a new trailer has been released for Final Fantasy XV, which you can view below: