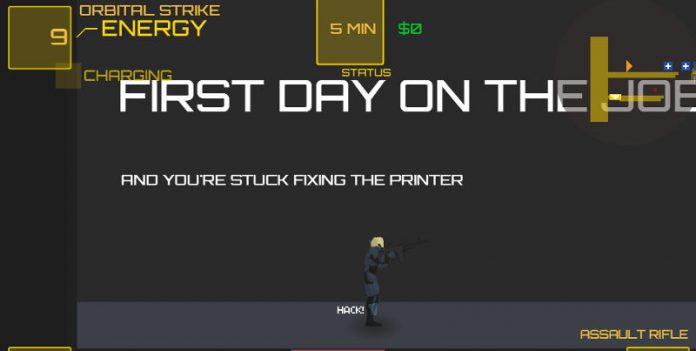 Following its success on Kickstarter, the developers behind the cyberpunk game Contract Work have released a demo, made up of a single level of the game.

Contract Work is a blend of shooter and RPG that utilises dystopian tropes to create a seedy future world where money has become more or less the most important thing to strive for. The game draws inspiration from the original Deus Ex, claiming that players will be able choose from a wide variety of methods, from shooting to hacking, in order to steal corporate information and take down rival companies.

Money is again important in terms of unlocking abilities, with the game lacking the more traditional skill tree style system. Instead any ability can be bought for a set sum of money. The sense of slowly gaining power is still partially preserved by the game limiting payouts on easier missions, while giving away substantial rewards for the missions that require a greater level of power or finesse.

Player choice is also emphasised throughout the plot, with decisions making an impact in the short term, as well as influencing how the story ends.

Contract Work is entirely web based, including the demo. If your interest has been piqued, head over to the site and try the game out.