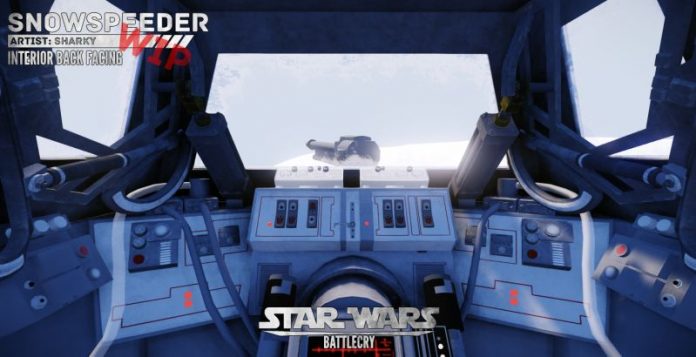 In what is sure to make this ‘Star Wars weekend’ more memorable than the rest for most gamers, it appears that the long awaited third installment in the Battlefront series may be on its way, in spirit anyway. A small independent outfit has set forth to make a ‘spiritual successor’ to the Battlefront titles in CryEngine 3. Appropriately named Star Wars: BattleCry, the standalone mod aims to give gamers what they’ve been waiting for with both first and third person viewpoints and multiplayer goodness. The project has been on Mod Database since last year, but it is garnering much attention now for Star Wars weekend and with the recent closure of Lucas Arts.

Now, in this day and age making a game with such a license attached to it is a tall task. A cease and desist from Disney would almost be guaranteed, one would think, but the team are confident they will be able to finish, citing its entirely free nature and the previous success of other Star Wars mods. They had an AMA on Reddit a few months back in which they outlined their plans if they do get taken down, among answering other questions and concerns.

While it’s hard to tell if this project will indeed be finished, it’s bringing hope to many of the Star Wars faithful gamers who have been crushed time and time again by cancellations of the official project. With alpha videos of the official Battlefront 3 popping up regularly, it’s easy to see that demand for this series still exists, and we have to commend this group for working on this purely out of love of the source material. These guys would make a great development company.