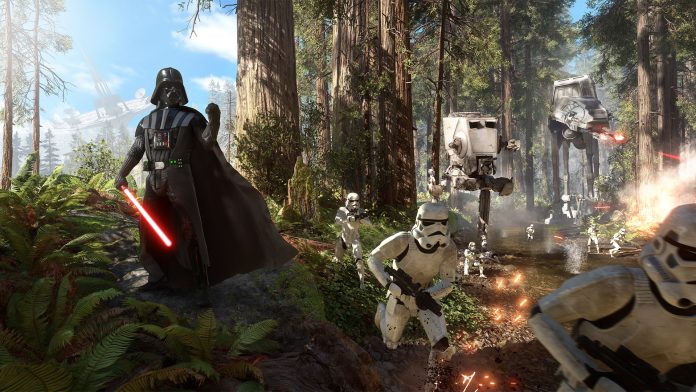 The games will be played out on the games’ biggest maps, and will feature ground troops, vehicles and hero characters entering the battle. Almost every vehicle will be available in these battles, so along with a ground assault there will also be aerial battles occurring.

“When you spawn into Supremacy, you don’t have to move far to see a lot of friends – and enemies.” Battlefront’s Lead Designer Dennis Brännvall said. “You’re thrown into a massive frontline, where your screen is filled with adversaries: infantry, Heroes, Walkers, and starfighters. You can prepare for very heavy and focused Star Wars action.”

The mode will also see Darth Vader, Luke Skywalker and Boba Fett duking it out along the way, with Brännvall explaining some of the advantages available for each of the three heroes: “Using a character like Darth Vader to secure control points is great, as he can take increased damage before going down. Luke Skywalker and Boba Fett are great for moving swiftly between attacking and defensive positions, and giving you the edge against opponents in battle.”

In relation to the game modes similarity to popular Battlefield mode Conquest, Brännvall says that players will always spawn close to the action, and hopes that focusing objectives into one point will mean campers on the outskirts of the action will be a rare sight.

Star Wars: Battlefront is due 19th November in the UK on PS4, Xbox One and PC.