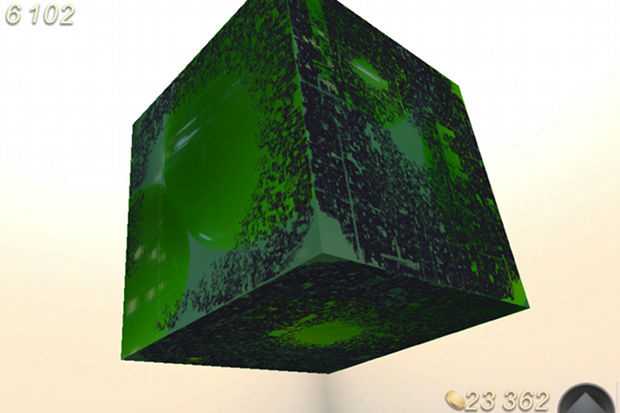 According to a statement to Beefjack, Peter Molyneux’s Curiosity is now winding to a close.

Curiousity was Molyneux’s first foray into the mobile game field, and was in many ways designed as an experiment to discern the mentality of people who engaged in the game. Players log into a single world wide server and tap away at a gigantic cube made up of layers and layers of tiny blocks, while a host of others are doing exactly the same thing. When Curiosity was first announced, Molyneux stated that the person who was first to the center would find something “life changing,” although aside from this assertion nothing is known about it.

The game launched roughly six months ago, and it appears that the creator is getting “desperate” to uncover the secret. As such, the gigantic cube has been reduced to a final 50 layers. Prior to this announcement, Curiosity added a feature that allowed users to add blocks onto the cube instead of taking them away, which Molyneux stresses is actually intended to speed up the process. He feels that if players know that people can potentially grief and add on blocks, they’ll be more motivated to clear away the remaining blocks.

An interesting concept to be sure, although it remains to be seen if the greifers will in outweigh those trying to uncover the secret.