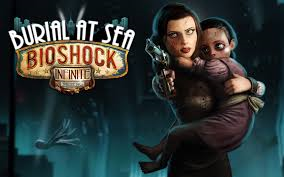 Bioshock Infinite: Burial at Sea Episode 2 has been scheduled for release on the 25th March on PC, PlayStation 3 and Xbox 360.

The news was revealed by 2K and Irrational Games in a blog post, and promised a conclusion to both the storyline to Burial at Sea as well as Bioshock Infinite.

The DLC sees players taking control of the character Elizabeth for the first time, with a stealthier approach to the gameplay being promised as we trawl through Rapture for possibly the last time.

The reveal of this release date comes after Ken Levine stated on Twitter earlier today that completionists would take “five, maybe six hours” to complete everything.

This comes after some complained about the length of the first episode of the DLC, which could be completed in about two hours or so. This prompted Levine to defend the contents length.

Last week, Irrational posted a trailer for the DLC, which you can see below. Please be warned that the video contains major spoilers.