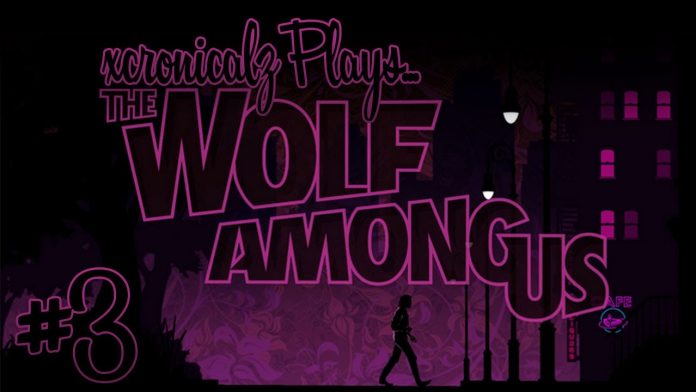 The Wolf Among Us episode two, Smoke and Mirrors, introduces a series of new fable characters with very distinctive stories. Some of them are set as mere secondary/supportive characters, however there are others who seem to have a great fate ahead of them and their first appearance in this episode is just the beginning of a long and meaningful role. Are you curious about the new faces? Then meet them below.

Bluebeard is not theoretically a new character, he was mentioned several times during episode one, however his first physical appearance happens during episode two. This wealthy man has an enormous influence in Fable Town and law seems to be something mundane, unable to reach him. He used to be a serial killer but now he prefers to use his influence for his own benefit. Bluebeard was one of the prime suspects during episode one but is he truly innocent? At least he claims his days of decapitating his brides are over, but this doesn’t necessarily include other girls.

Clever Hans is known for misunderstanding instructions and acting oddly. He works at Giorgio’s club, Pudding & Pie, and he does all sort of tasks, including security checks and repairs. He used to be married but throwing sheep’s eyes at his wife was the end of a promising story. Hans hopes that one day he’ll be able to dance on stage but that doesn’t seem to be happening soon, since he keeps disappointing Giorgie.

Giorgie Porgie is the owner of Pudding & Pie strip club and he’s the employer of the deceased fables, Faith and Lily. He’s known for being extremely clever with words, lying is his natural way of communication and his ruthless is just his way to be. He has experienced basically everything in the business world of pleasures; he loves to try new things since he gets easily bored of the same activities. Georgie hates when someone meddles in his affairs and he doesn’t react well to threats.

Jack Horner has a confidence as big as New York City, he thinks he’s the most important person around, yet he’s just a wannabe smart guy whose success plans always end up in the failure section. He thinks he’s smart, intelligent, handsome and worthy of everyone’s attention but that’s not nearly what people think, he’s seen as a harmless fool.

Nothing much is known about Lily besides her distant relationship with Holly, her sister. She’s the second victim of a serial killing going on Fabletown and she was resorting to the black-market for illegal glamours.

Nerissa gave up her tail for a pair of legs hoping she would be able to marry a prince. Unfortunately, her loved one ended up marrying someone else and Nerissa decided to come to the mundane world to find a better life.