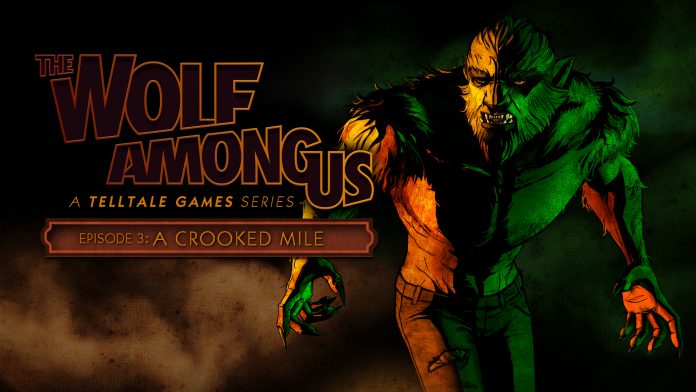 When Telltale Games finished the first season of The Walking Dead, people wondered how they could possibly top their magnum opus. To the surprise of many, they announced The Wolf Among Us, an episodic adaptation of Bill Willingham’s beloved comic series, Fables.

What started off as a promising retelling has slowly and steadily become a series that, in some ways, tops what was accomplished with The Walking Dead.

A Crooked Mile has you in the shoes of Bigby, Sheriff of Fabletown, and lead investigator on the murders of two Fables. It picks up immediately where Smoke & Mirrors left off, with Bigby having discovered that Mr. Smith is in fact Ichabod Crane. Thinking they have everything figured out, Bigby and Snow spend a majority of A Crooked Mile trying to track down their new prime suspect.

The plot that unfolds throughout the approximately two hour journey is more of a transitional one, in that it bridges the narrative of the first two episodes with the eventual finale. You never feel as if you’re making real progress, and without giving anything away, the ending will leave you feeling even more helpless and confused than before. All of that said however, it uses this time to build up what will most likely be an absolutely nail-biting climax. I know not how the events will unfold, but A Crooked Mile is the first time I’ve felt as if I need to get my paws on the next entry as soon as possible. 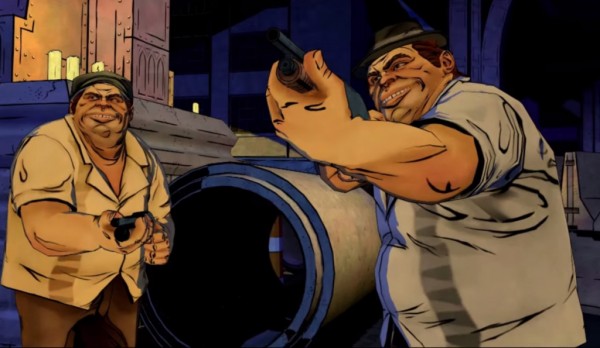 Beyond the plot, the gameplay remains almost entirely unchanged. Like previous entries in the franchise, Telltale has you tracking down leads, investigating crime scenes, examining evidence, interrogating and questioning characters, and putting the clues together. All of this is done in the vein of The Walking Dead, with limited point-and-click controls that allow free, albeit linear, exploration and movement.

The gameplay, though nothing to write home about, benefits greatly by the wonderful characters you are frequently interacting with. All Telltale games are character-driven, and I’d argue that Wolf Among Us has the the most consistently great characters out of any of their heavy hitting franchises.

Snow White, an intelligent, strong female lead braves it out despite all the horrible things that happen to her. Bigby, a villain turned anti-hero repents for his prior sins by bringing peace back to Fabletown. The Woodsman, a crestfallen peace-disturber, and Bufkin, a winged monkey from Oz that is reminiscent of an unloved child looking for acceptance and praise. It matters not which character we focus on, as every single character that has appeared is memorable and charismatic in a way that makes you wish you could get to know them more personally.

Luckily for me, and most likely yourself, A Crooked Mile gives us that opportunity. Because of the pacing of this episode, you spend an extended amount of time looking behind the curtain into the lives of the many citizens, and every moment is worth the wait; even if most of the people you talk to wish for your demise. 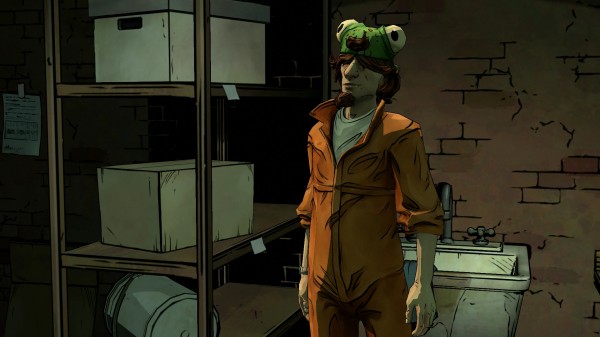 Fabletown has never been a particularly charming place to live. From the slums and run-down ghettos to the hostile civilians themselves, it’s not exactly welcoming newcomers with open arms. That said, there is a unique alluring quality to it. This is in part due to the atmospheric music and the film noir artistic direction that make it desirable. As mentioned before, the characters make this game, but the world and its design make the idea come to life and thrive in a way that I feel is more natural than even the best parts of The Walking Dead.

The music uses a blend of repetitive minor chords on what sounds like a Rhodes keyboard, overlaid with analogue sounds that seem to be ripped straight out of a film noir flick. It fits the art perfectly, and builds tension, even by its frequent absence. The art itself takes full advantage of the comic-book style used in The Walking Dead, but adds blotches of neon over a darkness that is almost constrictive. It feels as if the entire world were drenched in a thick black fog, and it really evokes a sense of dreariness that I don’t feel often. It’s abrasive at first, but the more you spend time in the world, the more you feel a connection; a sense of belonging.

It’s quite admirable that they can make one feel that sort of attachment, as it makes Bigby’s quest ever more important. You will find yourself needing to purify Fabletown of its many issues, but it will not happen without a fair share of burnt bridges and severed ties. 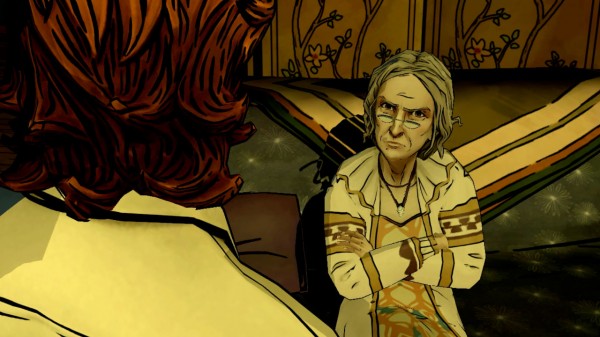 I was slightly hesitant upon starting The Wolf Among Us, but the series offers a unique setting, a bizarre tale of corruption and intrigue, and some of the best characters Telltale has ever brought to life. A Crooked Mile was not only the best episode thus far, but sets up what I hope to be an outstanding conclusion in the near future. Only time will tell.