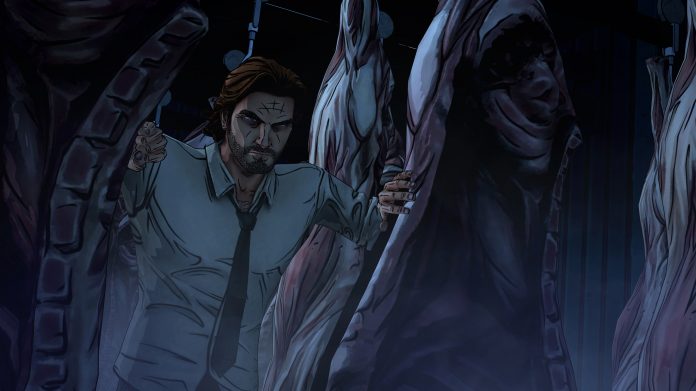 When last we left off, Bigby Wolf took a nearly fatal silver bullet while pursuing the mysterious Bloody Mary. In Sheep’s Clothing has you playing as an injured Bigby who isn’t quite back to his normal self.

This is analogous to Telltale and In Sheep’s Clothing, as this chapter in the beloved The Wolf Among Us franchise feels as if it has been weakened, and isn’t at its full strength.

The path of Bigby has been a roller coaster ride. He is consistently dealing with hostility for his past actions, trying to right wrongs, scrape through lies, and get to the bottom of grisly murders presented in the first portions of the story. A Crooked Mile did a fantastic job at building tension while revealing information and raising the bar for drama and an eventual cliffhanger, so it’s unfortunate that In Sheep’s Clothing never reaches this bar.

Every aspect of Episode 4 is lacking something to make it as interesting as its predecessor, and when you come off of, in my opinion, the best episode thus far, it’s jarring to see a decline such as this. The episode is not necessarily bad or unworthy of praise, it simply retreads too much similar ground whilst offering only slight glimpses into what will hopefully be revealed in the finale.

As per usual in a Telltale game, In Sheep’s Clothing has you constantly arguing with ‘fellow’ citizens of Fabletown, investigating clues and leads, and making tough, character building choices. Beyond this, you wander through linear pathways to get to the next action, be it dialogue or an investigation of sorts. Like all of Telltale’s work, gameplay takes a back seat. 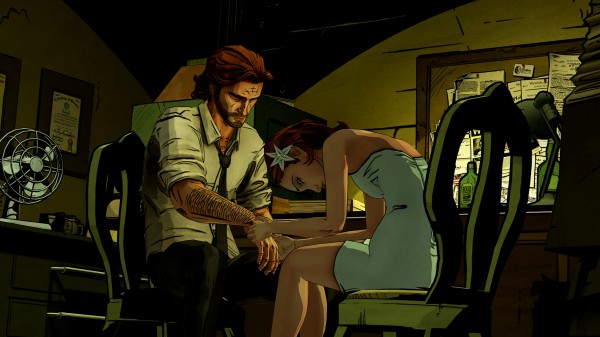 The story itself feels like the pinnacle in transitional content, as almost the entirety of the short episode seems to be padding and filler. We do make advancements as far as the investigation, and the final segment has you interacting with potential villains – both being very intriguing and memorable characters – but beyond this … nothing really happens.

This wouldn’t be as noteworthy as it is if the choices mattered, but it feels like even the choices in In Sheep’s Clothing are lacking substance and urgency. I felt like I was somewhat forming the type of anti-hero Bigby will be, but there was nothing even remotely as drastic as Clementine’s choices in “In Harm’s Way”. Too often I found myself having to reload checkpoints to pay more attention to dialogue, as it just didn’t keep me hooked like it did previously.

Beyond these gripes, I am finding that each episode is making me more exhausted and angry with how absolutely infuriating the characters can be. What used to feel essential and acceptable has become grating and frustrating. It feels like you cannot go five minutes without getting into an argument with an extremely stubborn character, or having to twist and turn your way through massive amounts of dialogue just to get answers that aren’t entirely falsified.

I understand that no one trusts Bigby and that they have no reason to tell him the truth – in some cases it’d be harmful to them to do so – but it’s becoming so predictable and frequent that it begins to bog down the experience. 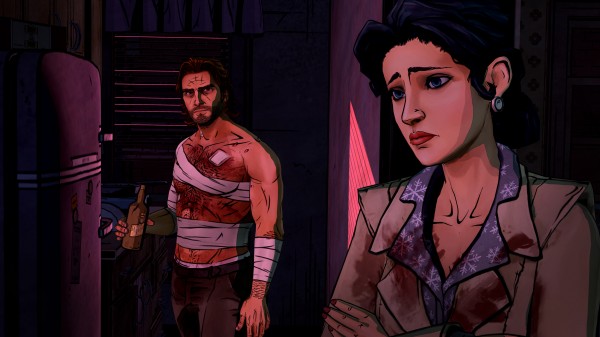 Overall, In Sheep’s Clothing is an acceptable addition to The Wolf Among Us that retains the atmosphere and charm of previous entries, but it is suffering from several problems that make it not only not memorable, but a bit of a chore to play. I can only hope that this down time is being utilized to make the finale of this saga a redemption for In Sheep’s Clothing, and a fitting end to Bigby and Fabletown, both of which I adore.