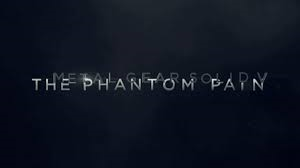 A trailer for Metal Gear Solid 5: Phantom Pain has been leaked online.

The trailer was planned to be shown at E3, however the five and a half minute video was posted online by Konami on YouTube this morning, before being taken down soon after.

A number of people were able to get hold of it, however, and the video remains online for viewing, which you can see below. The rather sombre trailer is primarily made of cinematic footage made for the game, and really delves into some rather dark territories.

The video begins with Snake making his way through a burning village, where vultures are pecking at the charred human remains around him. It then cuts to a funeral service for fallen members of the Diamond Dogs, before Snake wipes their ashes on his face.

The video then moves onto combat scenarios including knife fights, desert combat and scenes on an aircraft carrier. You also see a number of torture sequences and scenes such as Ocelot training his men, Skullface in Outer Heaven as he checks out a Metal Gear walker and Snake covered in blood, surrounded by a mass grave.

More information on the game will surely be revealed at E3 by Konami. The Phantom Pain is being released on PlayStation 3, PlayStation 4, Xbox 360 and Xbox One, similar to Ground Zeroes before it. No release date is known yet.

What information are you hoping will be revealed about this slice of Metal Gear Solid? What are your thoughts on the trailer?