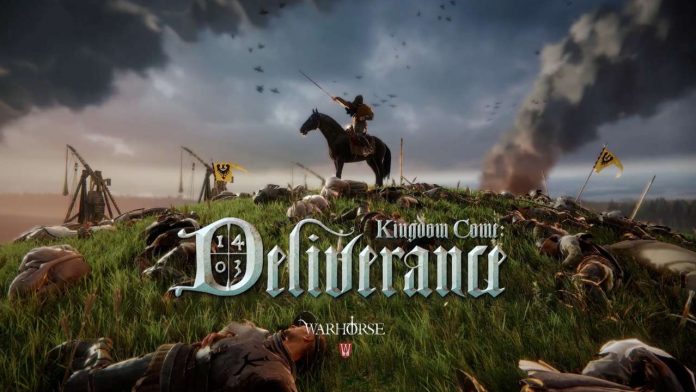 Warhorse Studios just updated their Kickstarter page with a new Kingdom Come: Deliverance developer diary on this day. The new video displays all the ways in which you can customize your character, from simple colour changes on different parts of your outfit, to advanced layering and blood staining.

For anyone who hasn’t heard of Kingdom Come: Deliverance, it is a first-person medieval RPG set in historical Europe. You will play a young blacksmith turned hero as he attempts to rescue a kidnapped king and uncover deeper plots within a fully realized open-world. The game promises tons of quests that defy typical cliches, deep and unique combat, a huge world, and many interactions to be had. It also lacks Dragons and Magic, which is a refreshing take on the genre, as every game seems to essentially be an alternate version of Tolkien’s high fantasy.

The first thing I noticed when I watched the video was how gorgeous the art looks. As usual, CryEngine 3 is pushing out subtle yet beautiful graphics with near-pastel like qualities. I love the balance between realism and cartoon that CryEngine 3 utilizes, and how that art clicks with the rendering of the fabric. Every article of clothing shown looks nicely detailed, and the ability to pick and choose exactly what piece is coloured how is refreshing, as many games tease customization but in reality allow only subtle changes.

It’s also worth noting that blood and dirt will realistically dirty up your clothing as time goes by, and you will actually have to wash them to keep them in pristine condition. Does this game pique your curiosity, or will it be another Kickstarter campaign that doesn’t exactly follow through on all the hype and promises it creates?