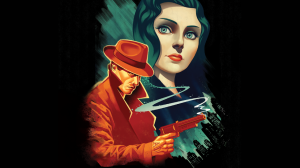 Creative director Ken Levine has defended Bioshock Infinite’s Burial at Sea’s short length. The first episode, which can be downloaded starting tomorrow, can be completed in under 2 hours but yet is priced at $15. Hardcore Bioshock fans that’ll be taking their time exploring Easter eggs will take only an hour longer.

In an interview with Eurogamer, Ken Levine stated that his team believes in quality over quantity, and that’s the approach Irrational took with this DLC.

“If you zip through it then it’s not a hugely long experience but if you dig deep it’s probably three hours plus, if you really dig deep. But it’s not the longest thing in the world.

“I think there are definitely people who are like ‘Well, I want hours and hours of gameplay’. I think if that is your primary metric, this probably isn’t the thing for you. If you want to feel like ‘Wow, I just got a whole new experience’ – that’s what you get out of this.

“I’m very respective of people’s time and money,” Levine continued. “Journalists often ask me to tell their audience why they should buy something. I’m always very uncomfortable with that question because I don’t read people’s household budgets and I can’t tell them what they should buy. We chose quality over quantity. As a gamer that’s a choice I usually make. Very few people would judge a movie based on how long it is.”

To counteract Levine’s argument, fans will take to Bioshock 2’s Minerva’s Den expansion as a perfect example where quality met quantity. But the difference with Infinite’s DLC Levine argued was the amount of time it took Irrational to re-create Rapture using Infinite’s engine.

“We had a choice. Minerva’s Den is terrific – I love it and it is effectively what we call a ‘kitbash’ of BioShock 2. They take existing assets and modify them to make a new story. They did an amazing job with that. But we wanted to do something completely different. If you look at it, [Burial at Sea] is really the first level and a half of a new game – or maybe not a new game, but of a sequel. And we knew that meant it wouldn’t be the longest gameplay experience.”

Levine could have opted to release a DLC set in Columbia, with “just more levels, a couple of new guns, new monsters”, as this would have been a much easier route for Irrational but Levine refused to release rehashed and lazy add-on content.

“Maybe I’m an idiot,” he laughed. “From a money perspective I have no way of knowing that. But to be honest I don’t really care that much because I work at a company that values quality and puts a huge premium on quality. I believe that if you build quality people will come. People told us when we made BioShock 1 that it had no multiplayer so nobody would buy it because there was no replayability. I think people respond to quality. Maybe I’m a fool.

“[From early on] we knew we wanted to do something with Booker and Elizabeth and we had a sense that Rapture could be the thing, Levine said. And probably foolishly we thought we’d go back in and ‘kitbash’ a load of BioShock 1 assets. Then we thought no, god, that’s a terrible idea, that’s not fair and it’s not going to look good.

“I never pick the particularly smart approach. ‘Hey, let’s not build Rapture, let’s build Columbia. Hey, now let’s build Rapture but completely afresh with new assets and a new engine. Hey, let’s take all of game systems we designed in Infinite and modify them so they belong in Rapture. So we have basically three versions of BioShock combat now – BioShock 1 combat, BioShock Infinite combat and the hybrid that appears in Burial at Sea.

“We have this new engine so we should take advantage of it. And, hey, let’s make all the shops and build 3D scenes out of the window which we never had in BioShock 1. And let’s put people in the world and make it all huge and shiny and build everything fresh – or almost everything fresh. So yeah, we got carried away a little bit, I won’t deny it. But, hey, I don’t want to work on something that I feel is kind of a B in quality. You might as well go for it. The company is okay with it, so why the hell not?”

Burial at Sea-Episode 1 will be available for download starting tomorrow. Players can opt to purchase the season pass for $20 which will let them access both episodes with a discount of $10 when compared to individually buying both episodes.