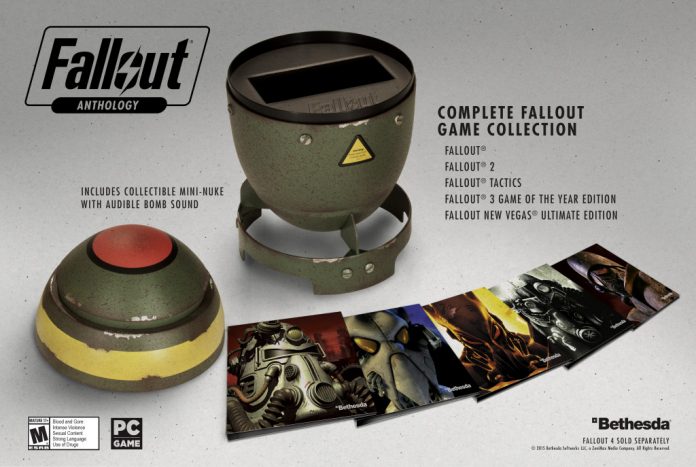 The collection was announced at QuakeCon, before a full reveal on Bethesda’s Blog. It will be exclusive to PC, with a release date set for the 29th September in North America, with the European copy coming on the 2nd October.

All five games will come encased in a nice little mini-nuke. To complete the set, there is an extra space reserved for Fallout 4 when the game gets its release on the 10th November, so you can have the complete collection in one piece of weaponry.

Pete Hines, Bethesda’s VP of PR and marketing, mentioned on Twitter that copies of the Anthology will be limited. Pre-orders will be available ‘soon’.

Fallout: Anthology will be available in the UK as a GAME exclusive, with pre-orders for the title available this afternoon, as mentioned before, for £39.99.

What are your thoughts on this set? Are you tempted by it?