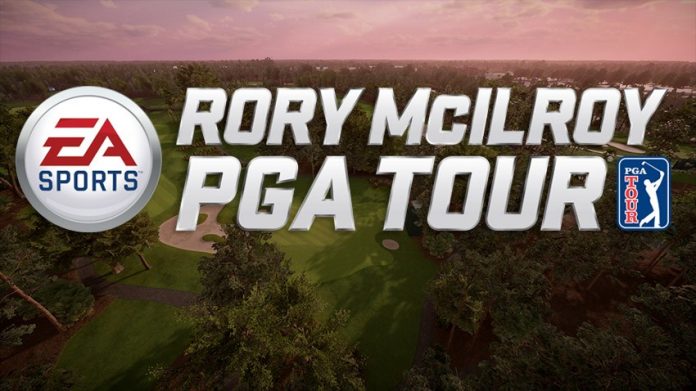 Rory McIlroy’s debut as the face of PGA Tour gets off to a successful start, entering the UK All Formats Chart in number one.

Rory McIlroy PGA Tour is the first game in the series to reach the top of the chart since Tiger Woods PGA Tour 09 managed the feat back in 2008. Both of the games achieved similar week one sales. The latest PGA Tour enjoyed 62% of its sales on PS4, according to Chart Track.

F1 2015 slips down one place to second, with Batman: Arkham Knight also down one spot to third this week.

LEGO Jurassic World is in fourth, as Grand Theft Auto V holds its position in fifth.

Destiny is one of the many games enjoying a sales boost, thanks to Amazon’s first Amazon Prime Deals Day sale. It gets a 90% sales boost, which sees it jump four places to sixth.

Call of Duty: Advanced Warfare is up two places to seventh, as The Elder Scrolls Online is down four places to eighth.

The other new entry in the charts this week is God of War III: Remastered, which fails to replicate the success enjoyed by the remaster of The Last of Us. God of War enters the chart in ninth.

The Top 10 is rounded off by The Witcher III: Wild Hunt, which suffers a tumble of four places this week.

One notable absence this week is the PS4 Godzilla game, which completely fails to enter into the Top 40.

Nothing major entering the charts next week, so it will be down to which of the top three can maintain their sales best.