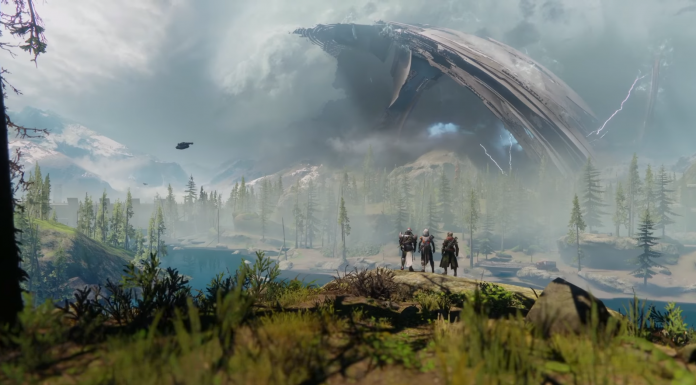 Rise up, Guardians. It’s time to fight back!

Destiny 2 has officially been revealed weeks before E3 this year. In this exciting sequel to one of the biggest games of 2014, the Cabal have launched an all-out assault on the Tower, the central hub where guardians gathered in the original game. In the destruction, they manage to take control of the Traveller, the mysterious giant orb that hovers over the Tower. Now, a fight to bring all of the major powers across the solar system falls into the hands of the guardians.

In addition to releasing on the usual platforms, Destiny 2 will also be releasing on PC. Hurrah! In an interesting move however, the game will be exclusively sold through the Blizzard app, meaning you’ll be able to buy and play the game alongside your favorite Blizzard classics, like Overwatch and Starcraft II. This makes sense considering Blizzard is now Activision Blizzard, and presents an interesting future for the Blizzard app. Will they start selling other games on it as well? Will it become a direct competitor to other digital distribution services like EA’s Origin and Valve’s Steam?

Back to Destiny 2 – the game will feature all new places to explore. The “European Dead Zone” on Earth is shaping up to be the new player hub for the game. It’s a forest village in the middle of rebuilding. Guardians will also be able to travel to Titan, the moon of Saturn, and Io, the moon of Jupiter. Both locales will have huge areas to traverse for the explorer in you!

The Titans, Hunters, and Warlocks return from the original game this time with new sub-classes that further specialize their abilities. The Warlock can now acquire the powers of the Dawnblade, which lets you boost into the air and shower your enemies with deadly projectiles. The Titan can now be the Sentinel who is equipped with an energy shield. You can use it to protect yourself an allies, and even throw it at enemies just like Cap! The Hunter can now be the Arcstriker, a melee-oriented class with agile dashing abilities. Zip through enemy fire and strike enemies with an energized staff.

We’ll have more info on Destiny 2 as we get closer to E3. The game is launching September 8th for consoles, with a PC release date to be announced later.